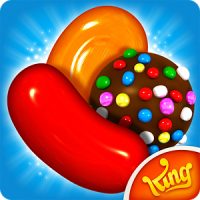 If you’re a smartphone gamer, there’s almost no chance that you haven’t at least heard of Candy Crush. Candy Crush is a match-3 puzzle game developed by King that has earned its rightful position at the very top of the app store charts by its engaging gameplay and addicting nature. King is known to produce addictive puzzle games and Candy Crush Saga is no exception. But what is it that makes it so likeable? Let’s find out.

Candy Crush Saga revolves around a simple gameplay: match three candies in a row to explode them. Players have to reach a predefined objective such as a number of green jellies to be blasted or a set number of points to gain in order to win the level. The objective has to be met within a limited number of moves that vary level by level.

True to its name, Candy Crush Saga is in fact an entire saga. The levels in the game are limitless and wax and wane in terms of difficulty. Most levels get harder as you progress with fewer moves and more blocks. It would be no surprise to find a habitual Candy Crush Saga player to be at level 1000; the game is known to keep players glued to their screens for hours.

It’s well known that match-3 puzzle games tend to get repetitive over time and good games try to break the monotony by adding bonuses and certain tweaks to the original gameplay. Candy Crush Saga does the same by incorporating special power-ups and different kinds of hard-to-crush candies. While the latter can make the level frustrating, it does make the game less repetitive and coax players to keep going further.

The game also has extra features – daily spins on the wheel of fortune and a daily challenge.

Because of its seriously addictive gameplay, developers have added a life system that keeps players from playing continuously. Players are given 5 lives to start with. Every time a level is lost so is a life. The lives regenerate automatically one hour at a time. This can be an excruciatingly long wait for someone who is desperate to move forward and crush some more candies. And that’s where the game can take an advantage of you.

Candy Crush Saga has a familiar greediness seen in a lot of apps on the play store. The game constantly tries to force impatient players into buying more lives, power-ups and boosters to clear a hard level they might be stuck in. This nagging promotion of their in-app purchases is where this top rated application fails.

When it comes to graphics and sound, King never disappoints. Candy Crush Saga hosts similar smooth cartoony graphics with chirpy music and sound effects that can get a little irritating after some time. Nonetheless, the game definitely takes home the prize for an excellent UI and design.

Crushing candies in a limited number of moves may sound appealing but when the lives end and you’re tempted to pay, things spiral downwards quickly. Luckily avid players of the game have discovered a loophole that can be used to bypass the limitation on the lives. When your lives finish, you can reset the time to a few hours or even a day from the current and actual time. You’ll notice all your lives will be back. Then you can reset the time to normal and enjoy continuing where you left off. This helpful bypass to the lives limitation has made the in-app purchase promotions a lot less appealing but at the same time it has also caused players to waste hours on their smartphones.

Why do we recommend Candy Crush Saga?

What can be improved in Candy Crush Saga?

Candy Crush Saga is a fun yet casual game, one that can make the time speed up when it refuses to. The game is available for both iOS and Android users and has millions of players worldwide. 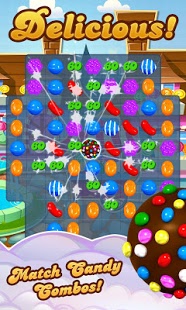 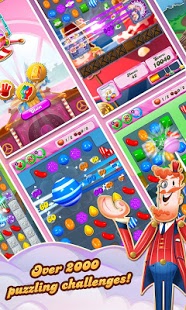 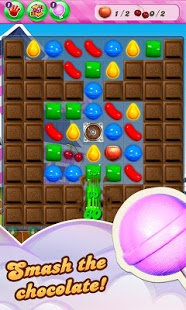 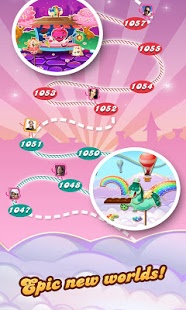 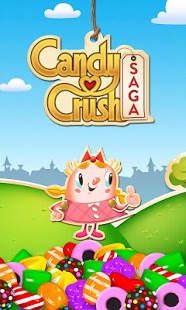