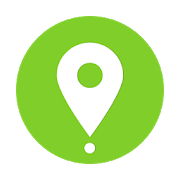 Imagine being stuck in the middle of nowhere and your built-in phone GPS gives up on you. Maybe it’s just not accurate enough or maybe it’s draining way too much battery in your already almost dead phone. But you still need to send your location to a friend – you absolutely must. What would you do? Turn on your Fake GPS of course!

The Fake GPS Joystick and Routes Go app can come pretty handy at the least expected times. Be it when you’re stuck without a good GPS service or when you need to catch a rare Pokemon on Pokemon Go!

The Fake GPS Joystick & Routes Go gained a whole lot of attention after Pokemon Go broke the internet. Passionate Pokemon Go trainers found a shortcut to catching new and rare Pokemon with the fake GPS fed into their phone apps. Although quite handy in such a situation, the Fake GPS Joystick & Routes Go was actually developed for other (arguably more important) purposes. With this app, you can send your estimated location to a friend if you happen to be stuck without a connection or an accurate GPS service. Many users of this app also use the fake GPS feature to change the geotag on their photos before they upload it on their Snapchat stories or on Instagram/Facebook.

Here are a few things this app is capable of: an expert mode that allows you to accurately set your fake location on the Maps. After the recent Google Play Services update, some users have found this feature to be affected and not working. The developers recommend uninstalling the app and reinstalling the updated version to make use of the expert mode in its entirety.

With the Fake GPS Joysticks and Routes Go, you don’t need to root your Android system for better spoofing. There’s no root mode for Android 6.0 and up so there’s no need to worry about damaging your phone’s system. To navigate around the maps, you can make use of the handy Fake GPS joystick. This function is facilitated by an automated movement around the location in a specific radius and automated altitude as well.

To make your experience even more diverse in the Fake GPS Joystick and Routes Go app, users can also view their history of fake locations they have utilized in the past. There’s also an option of adding fake GPS to your favorites so you can access the favorites any time you want.

With the Fake GPS Joystick and Routes Go, users can make use of several different settings like changing the update interval, speed, altitude, accuracy, spoofing and more.

Finally the Fake GPS Joystick and Routes Go is a clever way to find new Pokemon when connected with the Pokemon Go app. This is one feature that gamers absolutely love in this app.

It should be remembered that Fake GPS Joystick and Routes Go is NOT a free app. You’ll need to pay around $5 to download it. Plus, you can get hold of more premium features if you make some more in-app purchases. The Fake GPS Joystick and Routes Go app is not an application for smartphone newbies or people who don’t really know much about tech. While the UI interface is user-friendly, it still requires a certain amount of technical expertise to understand the workings of this application. Otherwise, it’s just a mess of complicated maps and routes.

Why do we recommend Fake GPS Joystick & Routes Go?

What can be improved in Fake GPS Joystick & Routes Go? 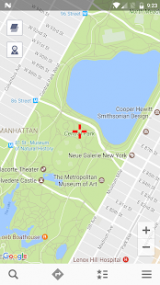 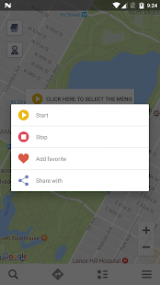 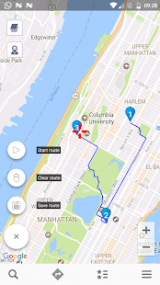 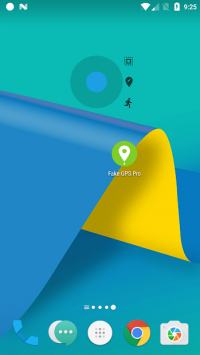