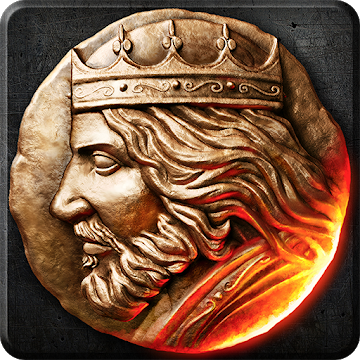 When war games take you back into the medieval era and incorporate fantastical elements then you’ve got yourself an RPG game that hits the mark. War and Order is one of those many games that fall into the strategy-based war and RPG genre but only one of the few that make a good impression. Loaded with a variety of features to experience, War and Order brings strategy game fans an app of a life time. The best part is that unlike most great war games, this one is available for free for both Android and iOS users. It does offer some hefty in-app purchases though and they can certainly propel you to greater heights in the game.

War and Order is your typical war game that requires an ample amount of tact and strategy. What makes it unique is the fact that the units included in this game range from normal cavalry to fantastic beasts, elves, orcs and more. The game is set in a medieval time which explains the ancestral history and storyline of the game. War and Order offer the perfect fusion of real time strategy and base building in a 3D setting. The graphics are on-point and give a marvelous touch to the overall look of War and Order. The music and sounds are also equally perfect and complement the theme of the game.

As with practically all other war based game, your goal is to raise a powerful army, lead raids on enemy territory, conquer as much land as possible and become the greatest king that ever lived. In War and Order, players can recruit and train over 50 different types of units for their army. These units include fantasy soldiers, Elves, Orcs, Mages, Beasts, and even Angel. You can also constantly upgrade each unit throughout the course of your game to make them unbeatable.

There are a host of other features War and Order offers that make it an all-in-one war based game. For starters, you can research new magic and technology in the game to make your army stronger, learn new skills and forge powerful weapons.

War and Order features a massive online multiplayer arena where you can make alliances with your friends or other players from across the globe. Powerful alliances can be formed to raid enemy territories together as a team. This of, of course, requires a battle plan and strategy, Strategy building with your allies is made easier in War and Order through the in-app chat option. The battles on the battlefield themselves are player versus player style but they are all in real-time. The battles are gorgeously designed with detail given to every move and action. The visuals, as emphasized before, truly make War and Order stand out from the rest of the crowd.

The other important element in War and Order besides the fighting is the base building aspect. As in other war games, you can build powerful castles, strongholds, towers and other buildings to make your empire flourish. You can also scour the extensive map in the game or resources, ancient ruins and bonus rewards.

War and Order offers a refreshing take on strategy-based war games but it does have its flaws. Although it is an app that is free to download and play, it’s not really like that when you actually get into it. In-app purchases are aggressively promoted throughout the course of the game and you might even find yourself stuck or falling behind in the game if you don’t open your wallet.

Why do we recommend War and Order?

What can be improved in War and Order?

War and Order is one of the top apps in the Strategy app category, which belongs to Camel Games, Inc. It's last update was on March 22, 2019 and it has been already downloaded 10,000,000+ times. On the app store it has now 267,200 reviews. After you get to War and Order page on the app store, click install & enjoy it. 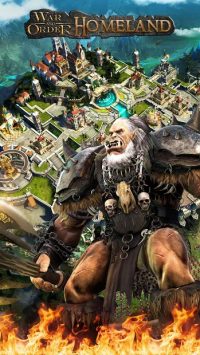 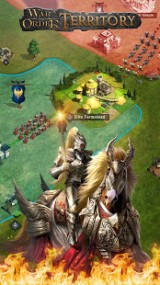 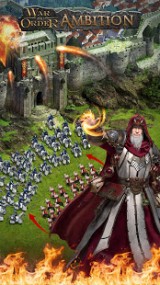 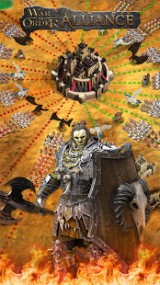