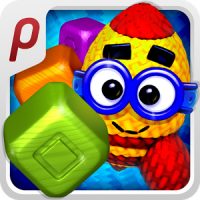 The app store is loaded with match-3 puzzle games but there are few that can execute this gaming format smoothly and incorporate a fun back story in it. Toy Blast is a game targeted for the younger audience (unlike Candy Crush!) and it follow the story of a little girl’s toys. The bright and bubbly graphics of the game are definitely eye candy for any kid and the huge number of puzzles Toy Blast offers is sure to keep kids busy in their phone of tablet screens for hours.

Although there’s no actual story to the game but it still manages to throw in some piece of narration. In Toy Blast, players are tasked to free Amy’s toys that are trapped in a gaming board. With a set number of moves that they can make, players need to match two or more toy blocks to create a blast and free the trapped toys.

Toy Blast begins with relatively easy levels but slowly progresses to more difficult ones. It still doesn’t get as confusing and stubborn as some Candy Crush levels though since the game is originally made for young kids. Players can also use some special boosters to ease their way through the levels. These boosters include TNT box boosters that create a massive toy blast on the board, or the Roto Booster that can blast off entire columns or rows of toy blocks.

Players will earn a decent number of coins after they clear each level. These coins can then be used to unlock new boosters and overall extend their playing experience.

Toy Blast also features a big map in the game. Players will have to move across one location to another through this map. These places include the Purple Surface, the Toy Pole and more. Players can also go back to any of the locations they have already played in before and redo any level of their liking to increase their coins.

Like Candy Crush, Toy Blast also establishes a limit for players to play this game. There are a set number of lives; every time you fail a level one life gets reduced. When all your lives are gone, you’ll have to wait a few hours before you can try again. This is an important element in these match-3 games because this gameplay actually has a pretty strong addiction potential and players need to be given a break through the app.

Toy Blast offers players over 1500 different puzzles. There are also some bonus features and goodies to make the gaming experience even more colorful. For example, there are some fun daily events like the Star Tournament, Level-Up Challenge or the Crown Rush. There is also a Star Chest that players can open and find a lot of cool prizes in. The daily prizes are further enhances by a spin the wheel feature that operates on an everyday basis as well.

Toy Blast supports playing against friends too. Simply connect with your social media account and compete against your friends or the best players across the world in the Legend’s Arena.

Overall, Toy Blast manages to bring the most out of a match-3 style puzzle game. It does however a lot of tempting in-app purchases but they really are not necessary to proceed in the game. Nonetheless, the constant advertisement of them might lure children into asking their parents to use their money in the game.

Why do we recommend Toy Blast?

What can be improved in Toy Blast? 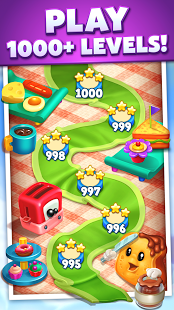 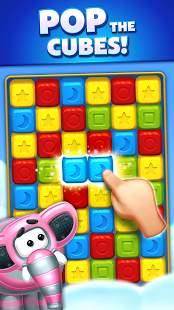 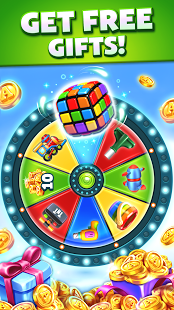 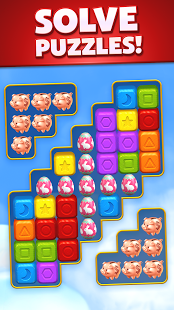 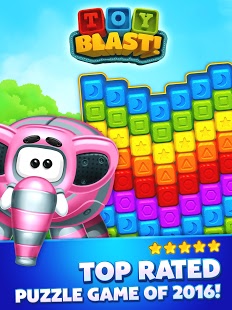