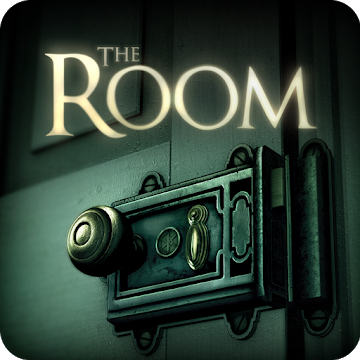 The Room gives the impression of an escape-room themed horror game but those aren’t really the genre it places itself in. In fact, The Room is an elaborate yet perplexing puzzle game that deeply captivates and engages you. Needless to say, it’s one of the best paid puzzle games on the app stores right now and it’s a must try if you have a taste for brainstorming puzzles and riddles.

The Room is a paid app on the Google Play Store and the Apple Store. It throws players into a world that is set in a moody tone and one that has a lot of doors, rooms and puzzles. The entire game is full of mind-churning puzzles that really require you to think. The Room makes for a pretty great past-time activity and one that parents might find productive for their children. However, since the puzzles are inherently challenging younger children might not be able to go too far in the game and may actually find the game pretty boring. For this reason, The Room is a puzzle game that is directed toward older children, teenagers and adults as the target audiences.

The Room features puzzle boxes that players have to unlock at the very beginning of the game. These puzzle boxes don’t require bookish knowledge to unlock; all of the puzzles in this game require common sense and logic, sometimes mixed with physics and math. To get through the puzzle boxes, players must interact with the boxes in different ways by sliding hatches (which may even be inconspicuous at first sight), rotating the view of the screen to observe the puzzle from all possible angles and by zooming into the puzzle to study the puzzle more closely.

Once one puzzle box is unlocked and opened, players proceed to unlock another one and the game goes on. The controls of this puzzle game are as simple as that – rotating, sliding, zooming just to get a better view and the possible solution to the given puzzle box. You can also make use of clues or hints in the game if you ever find yourself in a sticky roadblock situation. These hints are free to look but the game is more fun if you resist the urge to look at the clues.

Perhaps one of the best things about The Room that makes it such a lovable puzzle game is the mood it throws players in. The Room sets a dark mood that new beginners might confuse with a horror game. The sound effects and music tracks playing in the background add to the suspenseful aura. But unlike in a horror game where the music builds up the tension to scare you, this one just keeps you captivated and in the mood to solve more and more puzzles.

The graphics and art of The Room are pretty great as well and complement this moody theme. They are incredibly detailed but the 3D art is sufficiently advanced to give off a modern game effect with a sense of realism.

Brainstorming puzzle games don’t usually have the same addiction potential as arcade games or match-3 puzzle games but The Room is one of a kind at being the kind of game you can pick up any time to pass your time in an entertaining yet productive manner.

Why do we recommend The Room?

What can be improved in The Room?

The Room is one of the top apps in the Puzzle app category, which belongs to Fireproof Games. It's last update was on December 8, 2015 and it has been already downloaded 1,000,000+ times. On the app store it has now 240,707 reviews. After you get to The Room page on the app store, click install & enjoy it.