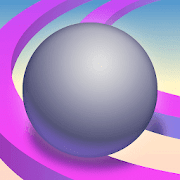 Simplicity at its finest, VOODOO brings us the ball arcade game Tenkyu. Tenkyu is a 3D ball game where the objective in every level is to direct your ball into the hole. This free to download application has a never-ending ad problem though that can only be mitigated through purchasing the ad-free version of the game. Tenkyu is available to download from the Google Play Store as well as the iTunes store for iOS users.

There’s not a lot going on in this highly simplified ball game. An endless number of stages await you when you download and start playing the game. Although advertised at endless, some users have said that the levels stop after 999 which, in our opinion, is pretty great too.

In Tenkyu, all you need to do is direct your spherical three-dimensional ball into the hole that looks much like a golf hole with a tiny flag erected next to it. Players jump into the game immediately without any long tutorial. There isn’t a need for instructions either since this game is pretty straight forward and basic. To control your ball’s movement and direction, you need to swipe the screen and tilt it in the direction you want the ball to move. The controls are as easy and simple as they sound.

There isn’t a lot of space for the ball to go though. The mazes in the game are pretty restricted and you have to have precise movement to maneuver the ball in the lines. The levels start out fairly simple with straight tunnel-like lines you have to move your ball through. There’s also no chance of falling in the first few levels. The levels soon start getting more difficult with more twisty turns and mazes you have to maneuver your ball through. The walls around the maze also start to vanish; one wrong move and you could fall into nothingness. The level will have to start all over again. The difficulty level of the game steadily rises with some simpler levels in between.

The graphics of Tenkyu are as simple as the game is. There aren’t any fancy landscapes or sceneries. Each level is monotone with only the sphere adding a pop of color. You can also unlock new skins but no one really knows the algorithms involved in unlocking these skins. There are only a handful of skins you can unlock though.

You can also collect gems along the way in different stages. These gems are pretty alluring to collect but again the function of these gems or where they can be used is pretty unclear. There’s also an overload of advertisements in the game which can only be finished if you purchase the no-ad paid version of the game. Tenkyu has banner ads throughout the course of the game while long video ends to pop up at the worst of times. These 30 seconds long video ads can’t be skipped either so they are especially frustrating.

Tenkyu is one of the simplest games VOODOO has brought to us. It does have the potential to become addicting and engaging but it can quickly grow on you as well. With the lack of clear functions and minimalistic graphics, this game might not be everyone’s cup of tea either. 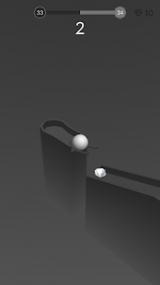 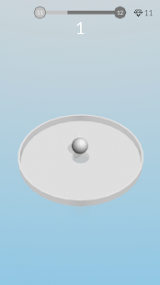 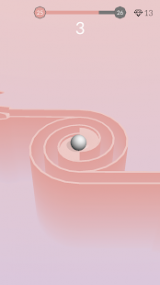 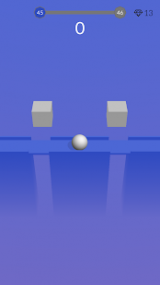