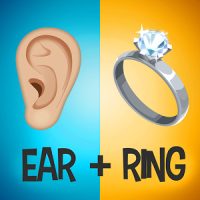 We love a good vocabulary building game and Pictoword makes it pretty visual. This top grossing word game hits all the right marks. It adds a visual aid to help you rack your brains and guess the word and it really makes you think – hard! Pictoword is one of the most popular games on the Google Play Store. It’s a great time killer but an educational one at that.

On Pictoword, players are tasked to guess the right word by using only a set of pictures as clues. These start out as rather simple words which require a compound of two pictures. For example the first few levels will make players guess the word “sandwich” by giving a picture of a dessert and a witch as clues. As the levels progress, so does the difficulty. What initially seemed like an easy game quickly becomes challenging and forces you to really use your brain dictionary or even ask another friend for help.

Pictoword has a simple enough gaming format. Really no tutorial is required to understand what you need to do in the game and the rules. Each level has the same guess the word format but the difficulty of each level varies. If you find yourself stuck at a certain level, you can always use the reveal letter hint option to reveal one of the letters in the word. This will obviously cost you coins and if you run out of them, you’ll have to purchase them with real money through the online store to continue in the game. Also, after successfully clearing level 25 players can get to unlock other themes and levels in the game.

When you first run the app, you’re instantly thrown into the main gameplay and forced to guess the word ‘start’ with two picture clues. That’s the introductory or tutorial level after which the real game begins. There’s no home page you can go back to either. All that exists is a small pop up menu where you can access other options of the game.

The pop-up menu lets players access three different tabs. On the Quests tab, players can take on new quests or check out the ones they have already completed. These quests are pretty random and most are simple to do. Every time a quest is done, players get awarded with the in-game coin currency. These quests include zooming into a photo, playing the game for three days straight, shopping at the coin store, using a reveal letter hint, finishing 5 puzzles a day and more.

From the menu option, players can also access different theme packs and puzzles in the game but this feature is available only after the 25th level has been cleared. In the last ‘Ask’ tab, players can ask their friends for clues on a level they are stuck in. This feature works by connecting your app to different social media platforms to directly send a message to a friend through these apps.

Pictoword is a simple game at its core with nothing big going on about it. Perhaps the fact that it is so simple yet addicting is why it’s one of the best word games out there. Plus the content is quite filtered so it can be an educational treat for children as well. Since the game is free to download, it comes with the ad baggage. There are a lot of popup ads in the game which although aren’t that long, can still be pretty irritating. 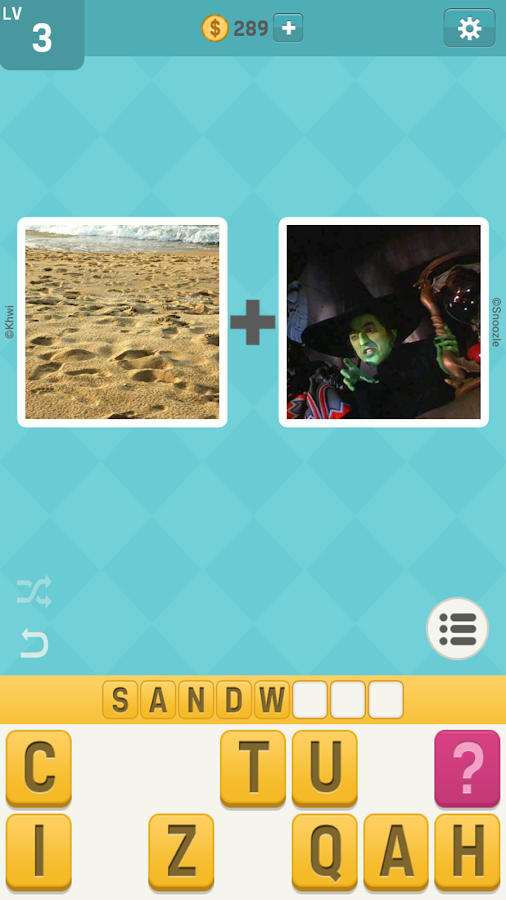 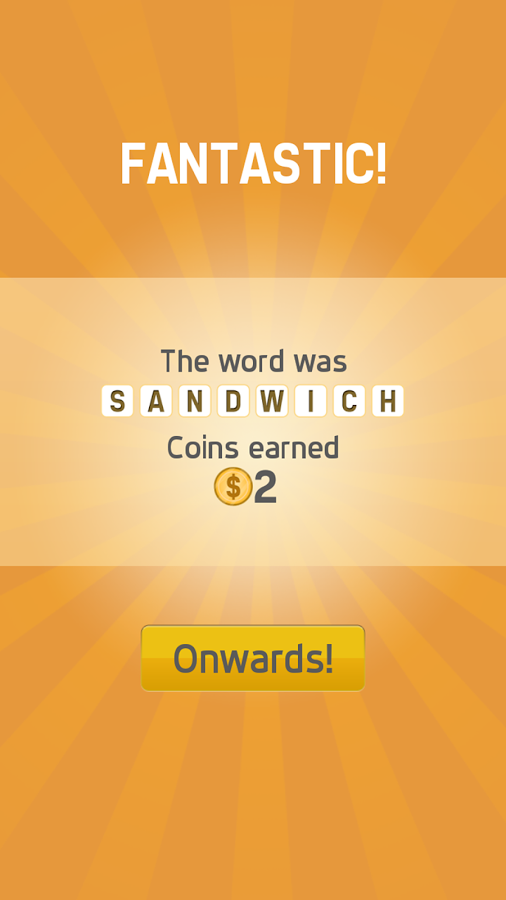 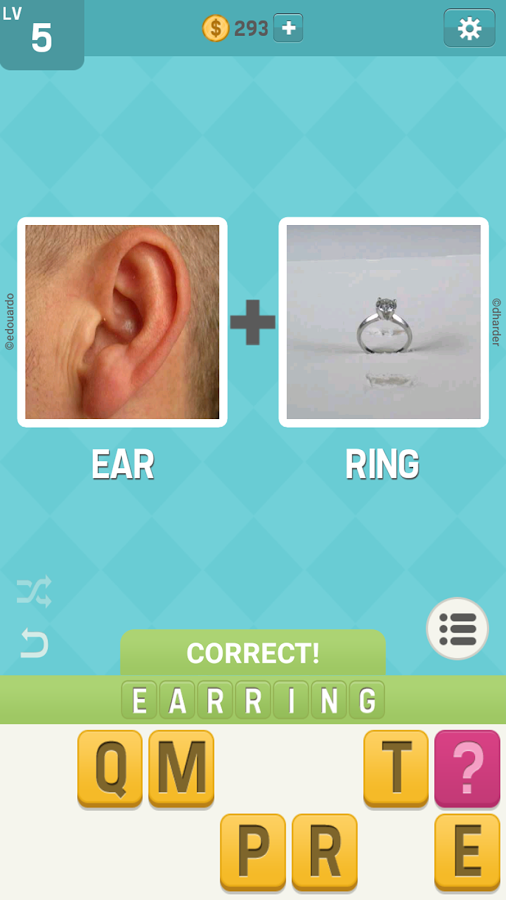 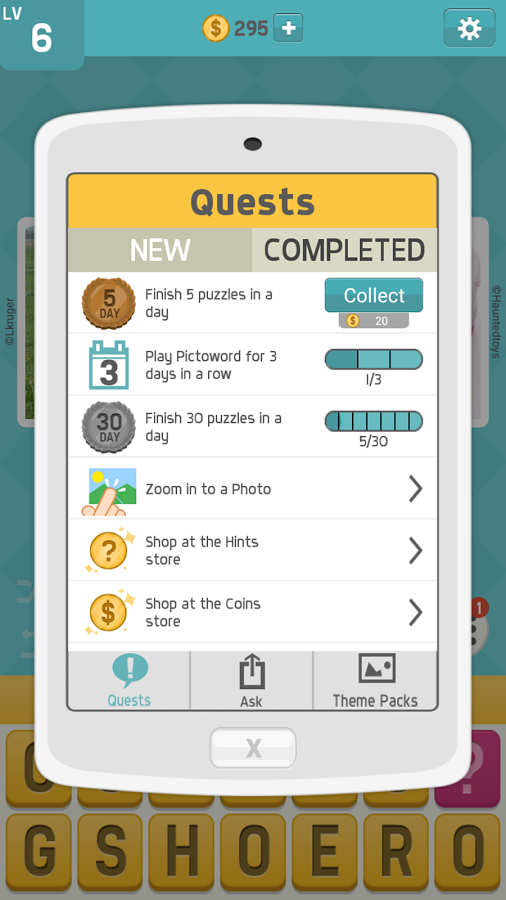 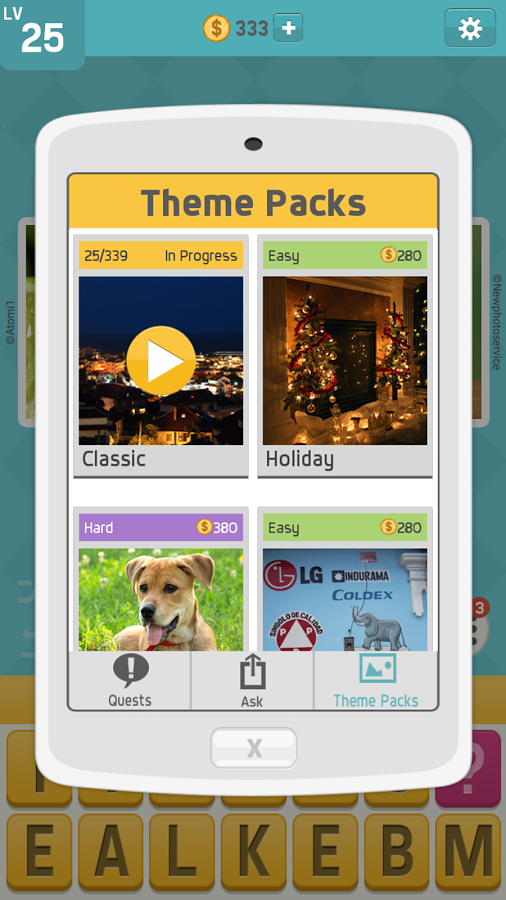