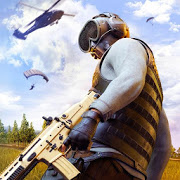 Chinese developer HERO Game brings us a fresh take on an action survival battle royale in the all new Hopeless Land Fight for Survival. From the outlook, this game seems identical to most other survival games and takes a lot of inspiration from giant titles like PUBG and Fortnite but there is a roster of unique features that give the Hopeless Land game its own unique identity. Free to download for Android and iOS devices, Hopeless Land requires a minimal storage space on your phone despite projecting great 3D graphics. If you’re a fan of action survival shooting games, Hopeless Land is definitely worth a shot.

Hopeless Land for PC is also available with emulators such as Bluestacks or Memu.

Since Hopeless Land was developed by a Chinese company, it’s fitting to see many Asian reference laid out throughout the game. Asian sceneries and buildings dominate as well as support for the language. However, that doesn’t mean people from other ethnicities won’t enjoy this game. At the end of the day, the gameplay is what really matters and it’s safe to say that HERO Games does justice on that part with Hopeless Land.

In this survival shooting game, you are pitted against 121 other online players all sharing the same battlefield. You can either choose to fight alone or in teams; the end goal is to become the last man standing. Survival is the prime target as it is in all other battle royale survival games.

Controls are fairly simple and smooth. Since HERO Games is no stranger to developing action games, all controls are designed by motion capture to produce more realistic actions. Players can not only shoot their weapon but they can also perform various other functions like running, hiding and even driving a helicopter.

The list of weapons Hopeless Lands provides players with is pretty generous. There are a bunch of guns and other machines to choose from. All 121 players parachute from their helicopters down to the abandoned Hopeless Island where they start their fight to survival. Strategy and team work play key roles in winning. As in most other survival battle royale games, there is a safe zone in Hopeless Island as well and the right battle plan and strategy should include utilizing this safe zone appropriately.

Apart from the weapons, Hopeless Land also has tons of vehicles and monster machines to make the experience of this action shooting game more diverse. These vehicles are authentic and mimic an actual motor vehicle. You can also control air vehicles for a more powerful and thrilling battle plan.

Communication with teammates in Hopeless Land is made convenient with the in-game voice chat option. You can choose to team up with your friends by inviting them to the game or you can team up with strangers online to produce a skilled squad. The in-game voice chat facility also elevates privacy and security concerns and hence makes the game slightly inappropriate for the younger audience.

Hopeless Land advertises itself to use minimal amount of space on your phone. The low phone requirements mean that you don’t need an expensive device to run this game. While this is theoretically true, the statement doesn’t really hold when you actually play the game. In fact, the app tends to lag even on the highest performance device that raises a giant question mark on the quality of development of this game. In addition to the lag problem, Hopeless Land is also notorious for being greedy and constantly urging players to make in-app purchases.

What can be improved in Hopeless Land?

Convinced? Then go ahead and install Hopeless Land game and have fun!

Hopeless Land: Fight for Survival is one of the top apps in the Action app category, which belongs to HERO Game. It's last update was on March 1, 2019 and it has been already downloaded 10,000,000+ times. On the app store it has now 945,637 reviews. After you get to Hopeless Land: Fight for Survival page on the app store, click install & enjoy it.