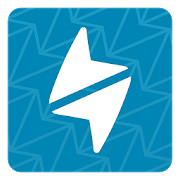 The art of dating has transformed over the years; what began as meeting in person and asking them out on a date is now replaced by online dating apps, swiping right on a person you find attractive and making a match. Although Tinder is the clear frontrunner in the dating app sphere, there are other apps that are equally good. Happn is a dating app that is based on a unique concept of dating. Keep reading the full article to know what this app is all about. Happn is available for both iOS and Android users. You can download it for free but it is limited to only some parts of the world.

With over 50 million users on board this dating app, it’s safe to say that happn is one of the top dating apps out there today. What makes it so different from other rivals like Tinder and bumble is the fact that it helps you meet people you’ve actually crossed paths with in your life. This means that you can hit it off with someone you liked in the mall if they happen to be a happn user as well.

The way happn works is pretty simple. All users are required to let the app use their phone location and GPS at all times in order for it to work. Whenever you cross paths with some who is also a user on happn their profile shows up on your timeline. From that profile you can see how many times you’ve crossed paths with that particular person. In fact you can also see where and when exactly the paths were crossed. This is a pretty cool concept if you think about it but as expected, it did raise some concerns about the privacy of the users. Fortunately happn is a pretty secure platform – we’ll get on that in the next few paragraphs.

If you happen to like someone that you’ve crossed paths with you can send them a secret like. The other person won’t know you’ve sent the secret like unless they have liked you back as well. This is how the app makes sure that no one on their platform is harassed and everyone gets to choose their match themselves.

You can also send a message notification to someone you like, however this will cost you some credit points that you can buy through the in-app purchases.

If two users on the platform like each other, it turns into a crush. Then you can talk to them openly about through the in-app chat feature.

To make things more interesting, you can also play a mini game called CrushTime. In this game you guess who liked your profile amongst the four most recent people you’ve crossed path with.

Security and privacy is what matters most in dating apps; happn ensures complete security of its users. The basis of its crossing paths dating concept is reciprocity. You can’t like or send a message to anyone who hasn’t liked your profile make. Through this way matches are automatically made and you can start dating in real life pretty quickly.

Happn also ensures the confidentiality of its users by making sure their locations are always hidden and kept a secret. The only location you can view is the place you’ve crossed paths with a certain user.

When it comes to the app design and UI, there are some comments that can be made. Although the design is pretty, the UI isn’t very friendly and can be improved upon. Users have also complained of being forced to make costly in-app purchases to pursue their dating to the fullest. 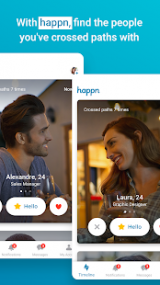 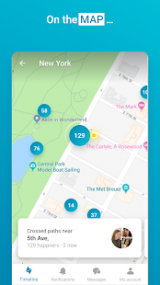 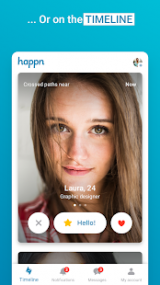 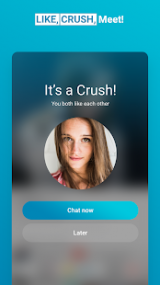