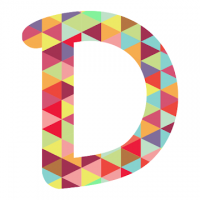 Before musically or Tik Tok ever came into existence, it was Dubsmash that ruled the lip syncing online phenomenon. In fact, it won’t be completely off the mark to say this particular app is the father of lip syncing. It doesn’t matter if you find lip syncing to famous songs and movie quotes a cringe. At the end of the day, there are millions of people in the world who have hopped on board with this idea and the popularity of lip sync videos have spiked ever since. If you want to explore what really started all of this, you should download the Dubsmash application. It’s completely free to install and the latest updates have added new and improved features to it.

Dubsmash doesn’t really need a formal introduction. We all know it as an app that our friends used to lip sync to their favorite TV show dialogues and sing along to their favorite song lyrics. Over the years people who have been great at this lip syncing charade have gained popularity as actual celebrities just like any good user on Vine would. Dubsmash is a world of its own with tons to offer to make fun videos and have a memorable time with your friends (or alone!).

On Dubsmash, you begin with searching for the song or the TV show/movie dialogue you want to lip sync to. The app has a giant built-in library that supports a wide selection of quotes and songs from all the popular and even underrated TV shows, movies, songs and cartoons. All you need to do is find what you want to lip sync to from that library and begin making your video.

With the new update of Dubsmash, the app has tried to come head to head with the other lip sync video giant, Tik Tok. The latest version of Dubsmash is completely renovated and renewed from the app that you may have used several years ago. Now you can make memes on it, challenge your friends to a lip sync battle and share your creations with the world. You can also watch the featured Dubsmash videos from creators across the world. The Dubsmash home feed is where you can access the new challenges and featured videos. It’s strikingly similar to Tik Tok in many senses but we have to remember that this was the app that started it all.

Dubsmash has a built-in video maker that shows the exact wave front of the song or the movie dialogues you’re about to lip sync to. You can try your hand in lip syncing again and again to master a clip. It’s even more fun when you have a group of friends to do it with. On this free to download lip sync app, you can also search and find the most trending music for your lip sync videos. What’s more, you can try on a dance challenge on the Dubsmash app and share it online or save it in your phone’s gallery. The lip sync battle with friends is a new feature and it’s one that all new and old users of Dubsmash appreciate.

You can also get featured on the Dubsmash app yourself and appear on the main homepage feed of other creators if your lip sync videos are popular enough. New features of the app are still a work in process and include recording your sound over an actual clip of a show or a movie – a future voice actor’s dream come true! Although the new update of Dubsmash has arrived with a chock full of brand new features, it’s still debatable as to how well they were developed. Many users have technical issues with the sound syncing to their videos which is a major issue since this app is all about syncing.

Why do we recommend Dubsmash?

Dubsmash is one of the top apps in the Entertainmet app category, which belongs to Dubsmash Inc. It's last update was on February 16, 2019 and it has been already downloaded 100.000.000+ times. On the app store it has now 1.996.284 reviews. After you get to Dubsmash page on the app store, click install & enjoy it. 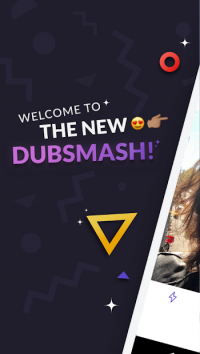 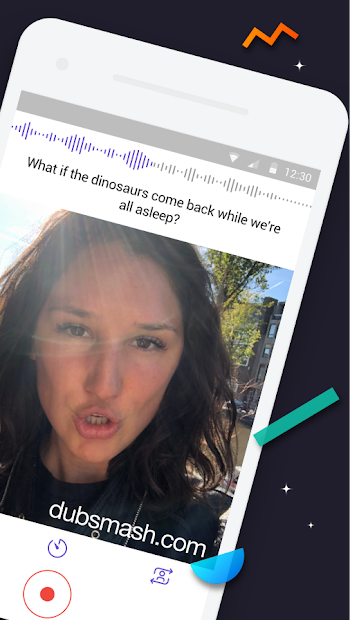 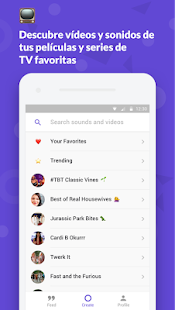 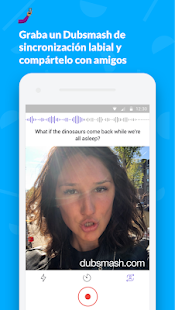