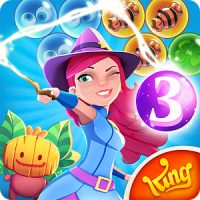 Match-3 puzzle games have taken over the app store by storm but it would be wrong to say they all meet the mark. Bubble Witch 3 Saga, the third in the series of developer King’s popular bubble puzzle game is one that stands out. Curiously addictive, this game has made its way to the top by adding a variety of elements in the classic bubble shooter match-3 game. These tweaks along with an established story make it a fun app to enjoy.

Bubble Witch 3 Saga features Sabrina the Teenage Witch like characters where the player has to defeat an evil feline named Wilbur. Embark on a magical bubble shooting journey with your pet cat Nero as you progress chapter by chapter to save the queen Wilbur has imprisoned.

Perhaps one of the first things that the players will notice and love about Bubble Witch 3 Saga is the smooth and colorful graphics. The developing company, King, is known for creating games that are both addictive and an eye candy. Take the ever so popular Candy Crush for example.

Bubble Witch 3 Saga reinforces the same appealing graphics and adds in characters to juice up the plot and give players a purpose to continue playing. Although it’s true that the game is pretty much mindless in the major sense , it does however require tact. But as with other match-3 puzzle games, it’s luck that dictates your ultimate victory. The color of the bubble you get is what determines how you will proceed which makes it much more luck-based game than its counterpart puzzle games like Candy Crush.

What sets Bubble Witch 3 Saga apart from its predecessors and its competitors are the bonuses and special abilities and effects that are added to the game. For starters, although the gameplay of every level is shooting and clearing bubbles, the objectives vary.

Players begin with levels where they have to free trapped owls in bubbles by directly shooting at them. Then there are levels where you have to lead a ghost to the top by clearing all the bubbles in its path. Another type of level is one where you have to free the fairies that in turn help destroying a few bubbles in your path. In the final level of every chapter, players have to defeat the evil cat Wilbur by shooting bubbles and freeing fairies at him. All of these extra tweaks to the classic game break its monotony and make it an impressively addicting game.

There are other bonuses as well – you get to build your house after level 13 has been cleared and you also get to use different power-ups in every level. These power-ups help in pacing the game and making you reach the top faster. They’re also great to clear your way out of a sticky situation or when you find yourself stuck.

One of these power-ups is a purplish orb like bubble that, when hit, destroys a dozen more adjacent bubbles in a show of explosions and fireworks. Another power-up that you can use in almost every level is Nero’s hat. Add in bubbles to your pet cat’s hat and eventually you’ll get an attack that will eliminate a bunch of bubbles in your path. As you progress through the levels, more power-ups become available as well as freebies like temporary unlimited lives.

Another great thing about Bubble Witch 3 Saga is its option to interact. The app can connect to your Facebook account and allow you to challenge friends although the feature might glitch sometimes. There are also options to purchase gold to unlock exciting rewards.

Why do we recommend Bubble Witch 3 Saga?

What can be improved in Bubble Witch 3 Saga?

Bubble Witch 3 Saga is a fresh take on bubble shooting game despite the familiar match-3 gameplay. The number of tweaks this game offers makes it one of the most downloaded game on the app store. 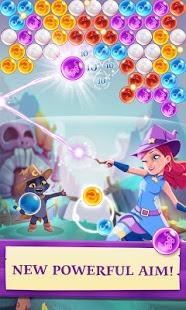 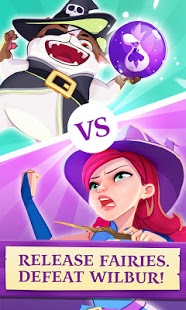 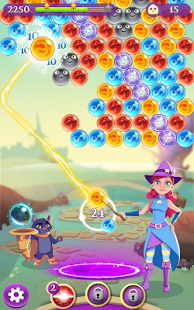 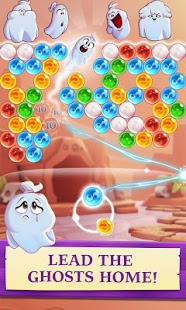 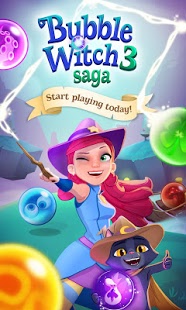 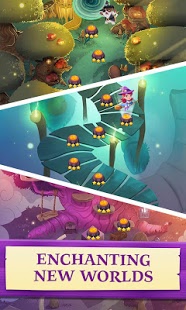