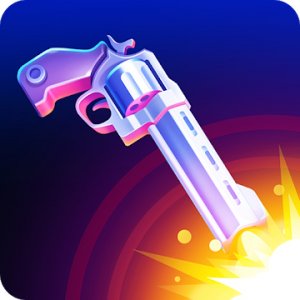 Flip the Gun is an arcade game in which we will have to fire a gun continuously in order to keep ascending through the stage. The higher we can reach the gun, better the scores will be and additional ammo will be recollected as well as other items.

The game makes use of ultra-realistic physics to keep your gun as high as possible. You can use up to 15 different weapons, from pistols, AWP, automatic weapons or even a bazooka. Every gun has its own mechanic and different recoil. The weapons available not all from the real world, some are from your favorite movies or games, so the diversion is guaranteed.

Once the game is initiated it will offer in the main menu the weapon catalog, not all of the guns are available from the start some will require to be unlocked. Each level can be won by using every type of gun, but the gameplay for each type of weapon will differ greatly. Every type of weapon has its own characteristic animations and sound, even with their cartoon style the result is quite convincing.

The game mechanic is not complicated and its simplicity of Flip the Gun makes it quite entertained. As the weapons ascend they will spin towards the contrary direction of the shot, the player will have to calculate the frequency to pull the trigger to get the higher score possible and keep the gun up. To make the guns shot the user will have to tap the screen, the moment the gun hits the ground is game over. The game has a learderboard so the users can compete for the higher score. Challenge your friends and rise to the top of the score to become the envy of all.

The game is free to play, however real time money can be used to buy weapons and other items in the game. The use of micro transactions is very intrusive in the game, from the initial screen the user will be constantly bombed with purchases and memberships account.

If you enjoy the shooting games and the aiming is not your thing, Flip the Gun – The Simulation is the right choice for you. Its arcade approach make it easy and simple to play, several types of gun are available although they need to be unlocked. Is important to remark that the game is heavy oriented towards the use of micro transactions, some guns will take a immense amount of time grinding to unlock and others are only available paying.

Flip the gun is one of the top apps in the Arcade app category, which belongs to Playgendary. It's last update was on May 14, 2018 and it has been already downloaded 10.000.000+ times. On the app store it has now 141.770 reviews. After you get to Flip the gun page on the app store, click install & enjoy it. 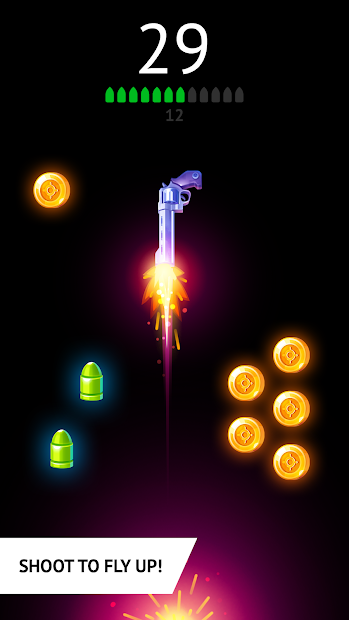 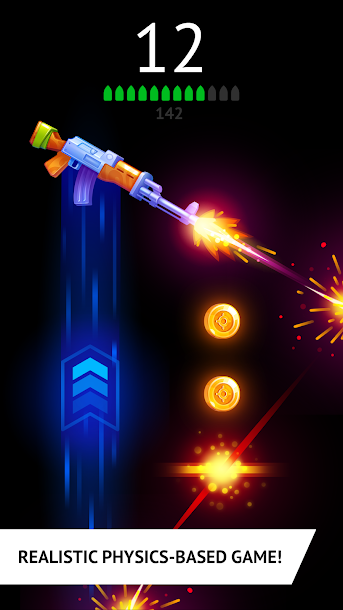 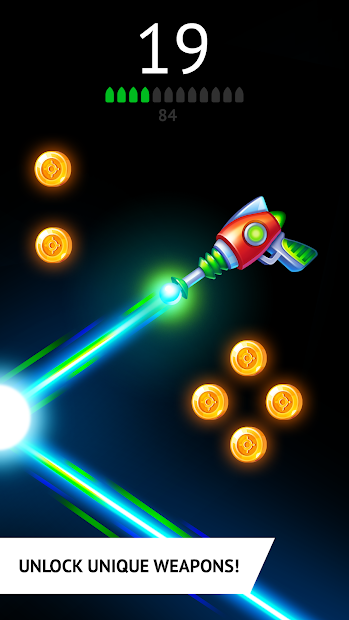 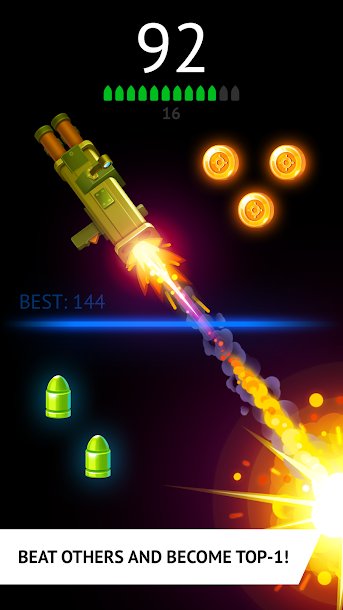