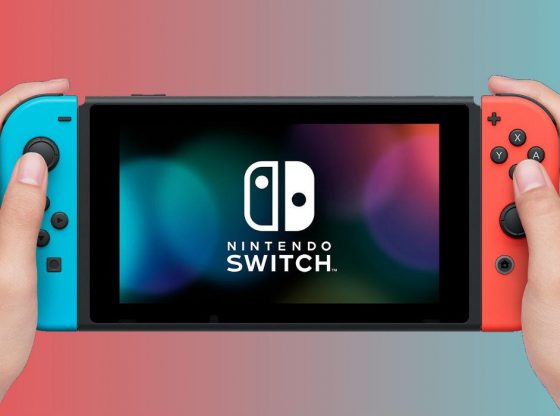 There’s no denying that Nintedo’s Switch console meets handheld has taken the world by storm since it was launched a year ago, and sales have not yet stopped increasing and reaching sky-high records. It is surprising as well how good the gallery of Switch games is, both in variety and quality, a treat that has gained a lot of praise from critics and customers alike.

Consequently, thanks to the Switch’s outstanding success in sales and reviews, there’s a lot of enthusiasm in the air about new and upcoming releases for next year, which has fans all around the world scraping for any kind of sneak peak of their favorite titles and sagas.

Searching all over the internet, we have decided on what we consider will be The Best Upcoming Games for this 2019.

A brand new and fresh update on the fantastic New Super Mario Bros. series hits Nintendo Switch shelves next year, according to a Nintendo Direct held in September. It’s not clear yet when the official release date will be, but what we are sure about is that it’s going to be called New Super Mario Bros. Deluxe and that two new characters are being introduced, named Namid, who doesn’t take damage against enemies, and Toadette, who can transform into Peachette.

Yoshi’s Crafted World promises to be an exciting adventure, and its released is programmed to be within the second quarter of 2019. According to the news unveiled, the game will set upon the now popular side-scrolling platform in a construction paper-style world. Our favorite dinosaur, Yoshi will have to fight Shy Guys and other enemies by swallowing them and turning them into eggs. But there’s a twist though, playears must go through levels twice; the second time around, Yoshi will flip the world around, revealing a totally different side of it, with new challenges and enemies.

Announced in this year’s last quarter, it is now official that a new Fire Emblem game is in the works for next year’s Spring season, called Fire Emblem: Three Houses. New characters and plot are to be expected in this turn-based tactical RPG game.

Very little is known about Animal Crossing 2019, other than the fact that it is going to be a Nintendo Switch exclusive, and a little video teaser of what it’s to be expected, with very vague images. Let us hope, with the Switch’s recent array of successful titles, that this version of Animal Crossing is as wonderful as the original is.

Aside from its debut in the GameCube, and a Nintendo 3DS installment called Luigi’s Mansion: Dark Moon, the Luigi Mansion saga isn’t as wide as other Nintendo video game series. Surprisingly, during Nintendo Direct held this September, they announced a third installment to the series to be developed for the Nintendo Switch, but hardly any other news or details regarding name, gameplay or an official release date.

Among a series of video game sagas that every year release new installments, it is refreshing to know that fresh content hits the shelves this 2019. As it happens, one of those new picks is Daemon X Machina, a supposedly mecha game where players will be able to participate in intense and action-packed battles with customizable robots in a bright-colored war-like world.

A fourth installment of the Metroid Prime series was already announced in last year’s E3, during the Nintendo Direct video; unfortunately, very little to nothing has been announced other than the game’s logo. Some speculations surrounding Metroid Prime 4 suggest that the game will keep its first-shooter status, but nothing’s sure as of yet. The game is expected to be launched sometime next year, with no other information regarding an official release date.

Racing games are nothing new to the video game’s department, but that doesn’t take away the fact the fact that they are as popular and profitable as ever. Hence, a new Trials game will debut next year, and it will be available for a variety of consoles including PC, PS4, XBO, and of course Nintendo Switch, for the first time. Trials Rising is expected to have the same gameplay from its previous installments, with some new and more exciting tracks and a bunch of rough new obstacles to overcome.