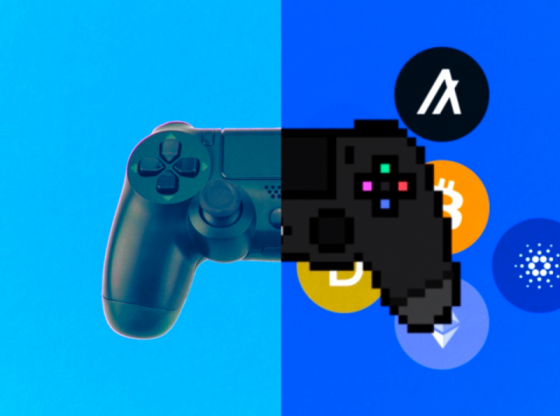 In case you haven’t been paying attention, non-fungible tokens (NFTs) are all the rage these days. If you’re not familiar with them, NFTs are digital assets that are unique and cannot be replaced. This makes them perfect for use in games, where players can own virtual items that are one-of-a-kind. In this article, we’ll count down the top 10 NFT games that are currently available.

Decentraland is a virtual world that runs on the Ethereum blockchain. Users can buy, sell, or trade virtual land, and they can build anything they want on their land. Decentraland is one of the most popular NFT games because it allows players to create their own world and be in complete control of their game experience.

Axie Infinity is one of the top NFT games. In this game, players can collect, breed, and train virtual pets called Axies. These Axies can then be used in battles against other players. The game also has a variety of quests and achievements that players can complete.

Players can earn rewards in the form of Ethereum (ETH) by playing Axie Infinity. These rewards can be used to purchase new Axies or to upgrade existing ones. The game also has an in-game market where players can buy and sell Axies.

Axie Infinity is a great game for those who are interested in collecting and breeding virtual pets. The game also offers a good way to earn rewards in ETH.

The Sandbox is an NFT game that allows players to create their own virtual world. In the game, players can earn SAND, the in-game currency, by playing games, completing quests, and selling their creations.

The Sandbox is a unique NFT game because it allows players to create their own virtual world. In the game, players can earn SAND, the in-game currency, by playing games, completing quests, and selling their creations. Players can use SAND to buy assets in the game, such as land and buildings. They can also use it to buy in-game items, such as clothes and furniture.

The Sandbox is one of the most popular NFT games because it is very user-friendly and has a lot of features. For example, players can create their own avatar, which they can customize with clothes and accessories. They can also decorate their land with trees, flowers, and other objects. In addition, The Sandbox has a vibrant community of players who are always creating new content for the game.

Upland is one of the top NFT games. In this game, players can buy, sell, and trade virtual property based on real-world locations. The game uses blockchain technology to verify ownership of the property. This makes it difficult for players to cheat or steal property from others.

Upland has a variety of different types of property available, including apartments, houses, shops, and office buildings. Players can earn income from their property by renting it out to other players or selling it. They can also improve their property by upgrading it with new features.

Players can also collect a variety of different types of NFTs, including art, music, and clothing. These can be used to decorate their property or traded with other players.

Overall, Upland is a top NFT game that offers a unique and fun experience for players.

Splinterlands is a digital card game that allows players to collect and trade digital cards. The game is played on the Ethereum blockchain, which allows for secure and transparent transactions.

Splinterlands has over 1,000 different cards to collect, which can be used to build custom decks. The game offers a variety of game modes, including tournament play and one-on-one battles.

Splinterlands has a unique trading system that allows players to trade cards with each other directly, without the need for a third-party exchange. This makes it easy to find the cards you want and get the best prices.

Splinterlands is one of the most popular NFT games, with a growing community of active players. The game has received positive reviews from both gamers and critics alike.

Gods Unchained is a collectible card game that uses blockchain technology. This allows players to own their cards in the form of non-fungible tokens (NFTs). Gods Unchained is one of the first games to use this technology, and it has been very successful.

Players can buy, sell, or trade their cards on the Gods Unchained marketplace. This gives players a lot of control over their collection. It also means that the value of cards can go up or down depending on demand.

Gods Unchained is a strategic card game that requires skill and luck to win. There are many different ways to play the game, and each match is unique. This makes the game very replayable and enjoyable for players.

Overall, Gods Unchained is a great game for anyone interested in collectible card games or blockchain technology. The game is well-made and has a lot of depth. It is also one of the few games that allows players to own their cards in the form of NFTs.

Superplants is an online game that allows players to trade and collect virtual plants. The game is based on the Ethereum blockchain, which means that all transactions are securely stored on the blockchain.

Players can buy, sell, or trade plants with other players. They can also earn rewards for watering and taking care of their plants. The game is designed to be fun and easy to play, while also teaching players about the benefits of blockchain technology.

Dapper Labs NBA Top Shot is a digital collectible game that lets you buy, sell, and trade officially licensed NBA moments. Moments are digital video clips of highlights from NBA games. You can buy packs of moments, or single moments, from the Dapper Labs website.

Dapper Labs NBA Top Shot is the first and only NFT game that is officially licensed by the NBA. This makes it a very unique and special game. The moments in the game are all verified and authenticated by the NBA. This ensures that they are genuine and valuable.

There is a secondary market for Dapper Labs NBA Top Shot moments on sites like eBay and Reddit. This allows users to buy and sell moments for profit. Some of the most valuable moments have sold for over $100,000!

Overall, Dapper Labs NBA Top Shot is a very unique and exciting NFT game. It has official NBA licensing, which makes the moments in the game very valuable. The secondary market for moments also allows users to make a profit by trading them.

WAX Cloud Wallet is one of the top NFT games. It allows players to buy, sell, and trade virtual assets. The game also has a number of other features that make it unique.

WAX Cloud Wallet features a virtual economy. This means that players can earn money by playing the game. They can also use this money to buy virtual assets. The game also has a number of different ways to earn money, such as completing tasks and selling items.

WAX Cloud Wallet also allows players to trade virtual assets. This includes items such as avatars, clothing, and accessories. Players can also trade these items for real-world currency. This feature makes the game unique and allows players to make money in a variety of ways.

WAX Cloud Wallet is one of the top NFT games because it allows players to buy, sell, and trade virtual assets. The game also has a number of other features that make it unique.