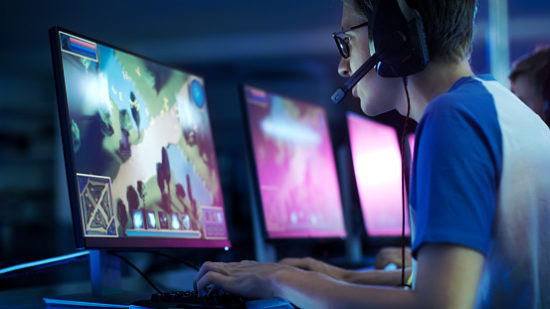 2018 is definitely over, and as with any other ending of a year, it brought good and bad things, but above everything else, it brought forward life experiences that for better or for worse will stay with us forever. The gaming community, particularly, had a very prosperous year in terms of merchandise sales, but most of all, in gaming content: A lot of great games were released this year in the shape of new games, new sagas installments, and updates; from big-name blockbusters to small-team triumphs, all of which have received raving reviews all over the world, from critics and everyday gamers alike.

Coming up with a list of the best games of 2018 may sound like a great way to sum up everything that came out last year; however, ultimately, it would end being an inconveniently long list, and consequently, rather boring to read, especially if the game isn’t available in the console of hardware of your preference. Hence, throughout the following weeks we’re going to post 3 lists containing the best games of 2018, divided into the following categories: PC games, Xbox One games, and PS4 games. Additionally, since we already released a list of the Best Nintendo Switch Games ahead of time, we would like to complement this series with a list of

of all time, to make a kind of tribute to the –now- obsolete and misunderstood Wii U console.

As an aside note, in all of the lists, there will be some titles that were released prior to 2018, however, they did launch updates in 2018 which made major improvements in the game, leading them to become one of the best games of the year.

1. Return Of The Obra Dinn

Hands down the most compelling and addictive game of the list, Return Of The Obra Dinn takes you back to the 1800’s, where you play the part of an insurance agent who is tasked with the investigation of the abandoned Obra Dinn ship, to fing out what happened to its crew and passengers, all of them dead or disappeared. The game is set in a monochrome drawing style, which gives it an old-fashioned novel vibe.

Throughout the game, the story will continuously give chunks of information that you’ll have to dexterously piece together to either get to the bottom of the mystery, or fall into an endless loop.

Released for PS4 and Xbox One at the beginning of last year, it wasn’t until a few months back that a version of PC was finally available, resulting every bit as awesome as it was with the other consoles.

This time around, even beginner hunters can fight against the fiercest of monsters, which is an altogether experience all on its own: Each monster is vastly different from the other, with fun and interesting quirks and nuances to contend with.

Want to cut a monster’s tail and make it into a cloak? Done. Want to be best friends with a cat? Sure! Monster Hunter: World offers this and so much more.

CRPGs compose an interesting yet not so popular genre. However, it seems that each year, a gaming company manages to release at least one very good CRPG, and 2018 was no exception. Deadfire, while not a dense as its predecessor, is still a very complicated game to play, although very fascinating and satisfying.

The fights and quests are thrilling, and they offer a particularly immersive experience, not easy find in other games.

Dead Cells is a game we recommend to very dedicated action-RPG and platforming fans: Challenging like no other, in Dead Cells you’ll most likely die more times than you will succeed; at least in the beginning. However, one particular aspect makes the game extremely worth playing, and it is the fact that even if you die, every upgrade you’ve achieved so far, stays with you after you restart, allowing the game to be a slow, but well rewarded experience.

DOOM was initially released in 2016, and due to its brilliance back then, id Software decided to release a reboot last year. And what a reboot it was. The game features a solo campaign where are taken from the surface of Mars to the lowest depths of hell, where you’ll be face to face with ruthless and despicable monsters, epic battles, mind-blowing scenarios, and the like.

Celeste is probably the most frustrating video game on this list, but ironically, it also makes it one of the most enjoyable thanks to its engaging storyline, marvelous music, beautiful pixilated graphics, and overall game dynamic.

For people who are looking for a slower-paced game that can offer comfort and relaxation, then Stardew Valley is at your service. Just like the image above suggests, the game centers on the harvesting of a peaceful farm, where that’s basically all there is to it: You plant seeds, water them, and watch them steadily grow. Apart from that, players can also venture into town, buy supplies, and look for a love interest. Later on in the game, you’ll find out about a mysterious mine below your farm, plus all the secrets and magical elements it possesses.

Hollow Knight is a beautifully eerie, adventurous, and funny game that has managed to single-handedly please players of all ages and places. In Hollow Knight, you’re plunged into the underworld, which is full of magical and mysterious kingdoms, merciless bosses, and fantastic challenges to overcome. Another aspect that adds to the allure of the game is that this is a 2D video game, which in an environment where everybody’s striving to make the best 3D visuals, 2D graphics are simply refreshing.

Embark in an epic adventure through marvelous Ancient Greece at the hands of Kassandra or Alexios, the two possible main characters, who play two mercenaries sailing across Greek seas with the sole purpose of reuniting their family and confront the responsible for tearing it apart.

Besides including a male AND female main characters, the game also includes new and better combat mechanics than previous installments, as well as some surprising romance options that are certified to make Odyssey one of the best editions of the Assassin’s Creed series so far.

At little more than a year after its initial launch, Fortnite Battle Royale has managed to become the most popular Battle Royale game of the year. Fornite Battle Royale consists in a survival game where players are, literally, thrown into a island with the sole purpose of defeating 99 other competitors in order to win. Every match lasts roughly an hour, which gives players 60 minutes of pure adrenaline and survival combat. Fortnite has particularly stood out thanks to its cartoonish, colorful character style, and quirky, fun gameplay.

Related posts:
How to Make a Roblox Game
Best Games for Amazon Kindle Fire tablets
10 Articles Every Gamer Must Have
How Much do Pro-Gamers Make?
Best Language Learning Apps
Top 10 NFT Games