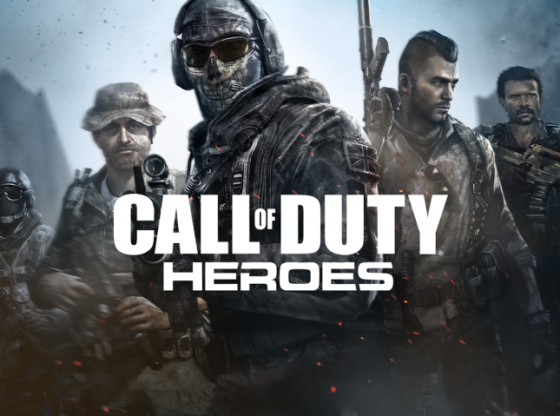 Just like its counterparts, Amazon’s Appstore is filled to the brim with tons of apps, some awesome, some good, and others an outright disrespect to all decent things. This is especially true for games: Finding a great game is practically a hit or miss if you are going in blind, so in order to save you from an unwanted experience of horrid game playing, we’ve picked you the best games out there for your Kindle Fire Tablet. Here’s our list:

This highly anticipated mobile version of one of the most popular sandbox games in recent years is, according to some, here to stay. Carry your self-built worlds everywhere you go with Minecraft Pocket Edition: Explore and create worlds in both Survival and Creative Mode, plus it also includes a multiplayer game-play feature for a better experience.

An exquisite game with an out of this world, beautifully done craftsmanship, with a fairy-like and soothing soundtrack to boot. Join Princess Ida on her 10-level journey through monuments full of magical architecture and beautiful, yet almost impossible displays for the brain to comprehend, and help her reach her goal of placing a geometric figure at the summit of each monument.

Being an extremely popular franchise of console and PC video games, the Call Of Duty executives wanted to venture into the mobile world, hence, Call of Duty: Heroes. Join once again your favorite heroes from all the Call Of Duty franchise, including Call Of Duty WWII, Call Of Duty Modern Warfare, Call Of Duty: Black Ops II and the list goes on. CoD: Heroes continues with the same premise of being a combat strategy game, in which you’ll command and train an army of elite heroes to prepare them to combat the enemy.

With the objective to cross an endless road full of obstacles, such as rivers, trains or cars, without dying, the game Crossy Road is really adictive. The user must tap to go forward or swipe the screen in the correct direction in order to pass all these obstacles.

Choose your favorite animal to play this graphically simple, yet great game. Are you ready to get the maximum score?

Heads Up! is, simply put, charades with a twist. Or more specifically, charades with an Ellen DeGeneres twist, which already sounds really promising. The game is played in the same way as one would play charades with a phone: hold your phone in front of your forehead, and try to guess the answer of the word (or words) displayed in your phone’s screen from your friends’ clues: Tilt downwards for a correct answer and upwards to move on to another question.

The real upgrades that set this version of charades apart are that you can play with only one friend, as well as with one hundred at the same time; you can also choose from a wide variety of categories such as superstars, movies, animals and even accents. But, by far, the best feature of this app is the summary of each round played, where it shows you how many points were earned, a list of correct and incorrect answers, and last but definitely not least, the game includes hilarious videos for each round, showing everyone how they acted while they were giving out clues, and you can store and share them too!

Take a trip down memory lane with this mobile version of a SEGA classic, Sonic CD. Just like the console original version, the objective is to help Sony rescue Amy Rose and recover the seven Time Stones to defeat evil Dr. Eggman, meanwhile he time travels to the past, present and future.