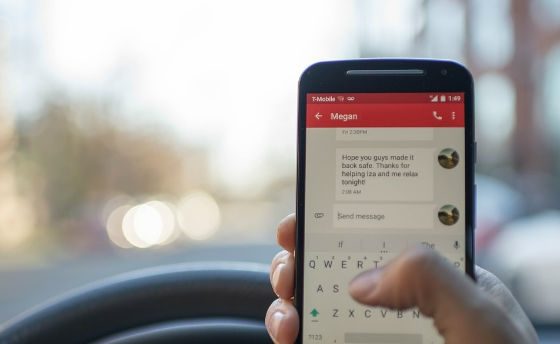 Ever since the last decade, instant messaging apps have practically overruled the traditional means of text messaging among people, providing –besides good-old phone calls- the fastest way of virtual communication nowadays. Moreover, instant messaging apps have become very powerful tools in several aspects of everyday life, proving to be the safest and quickest way of sending and receiving information not only via text, but via voice notes, videos, documents, books, locations, and contacts. Hence the necessity of a much needed updated list of the best IM apps in the market, that not only will offer you the basics in instant communication, but so much more.

Boasting of 1.5 billion subscribers, Whatsapp is undoubtedly one of the best chat apps in the market. The IM app was developed by Whatsapp Inc. 9 years ago, after which it was acquired by Facebook in 2014; its headquarters currently reside in Mountain View, California.

The messaging app offers a very thorough set of features, which include a freeware license with no in-app purchases, end-to-end encryption for every chat message, audio and video calls, group chats with different types of settings, sharing of documents, media, voice notes, contacts, GIFs, emojis and geo location. All of these in addition to, of course, the standard text-based two-people chats.

Having introduced a IM feature to the web page back in 2008, Facebook finally made the move to launch a standalone IM app for several operating systems in 2011. Similarly to the Facebook apps, Facebook Messenger, or simply known as Messenger, has two versions, the regular one with which users can send good-old texts messages, including emojis, stickers, GIFs, share photos, music, documents, user location, have video calls, group chats, and there’s even a feature displaying a set of simple games to play. Interestingly enough, Messenger also offers end-to-end encryption, although it’s not a default option, so it has to be activated in its settings menu.

The other version is far simpler and considerably less heavy, without many of the features offered by the full version. It is called Facebook Messenger Lite.

Just like the previous two IM apps, Telegram has end-to-end encryption to protect data from leaking to third-party apps, hackers, or the government. It boasts of military-grade encryption, but it is not a feature activated by default, thus giving the users freedom to choose whether they want to apply that feature or not. Aside from that, Telegram includes some basic set of features like text, audio, and video chats, sharing of a wide array of content; and some interesting unusual features like backups and messages that can be programmed to disappear after a determined amount of time.

Viber may not be as popular as other IM apps listed here, but it is every bit a powerful and complete as the best of them. A little heavier than most apps, it makes it up by featuring lots of useful options, like self-destruct chats and messages, text, audio and videos messages, audio and video calls, stickers, emojis, worldwide news, and more.

Regarded as the best messaging app when it comes to security features, Signal can brag about having a banking-grade encryption engine, which on top of it all is open source, making ti available for everyone to inspect and audit. Apart from that it’s a pretty basic and plain IM app, where you can send text messages (including media files, documents, voices notes, group messages, video calls) to a contact list that’s automatically from the user’s phone’s contact list.

Widely known for starting the trend of photos and videos stories, which lets people upload content that is going to be deleted after 24 hours. Snapchat also started a very unique way of communication that isn’t based on text messages, but instead on photos and videos, with fun and colorful filters that can be applied to them, and they can also be programmed to self-destruct within a specified time range.

Even though this app possesses many of the qualities of a typical IM app, it is decidedly more oriented towards businesses and work teams. Slack successfully juggles features like instant messaging, schedules, management, and app integration. In the management compartment, the app features a system of chat channels, which can represent from teams, clients, to project and tasks. People can come and go as they please, with the app always keeping a copy of all communications.

It seems that the downfall of Blackberry’s golden period in smartphone domination hasn’t deterred it from its next big secret weapon: The BBM. From being a Blackberry-exclusive app, it is now available to Android, iOS, Nokia, and Windows Mobile devices. BBM offers updated and real-time cues when messages are sent, received and read by the receiver. BlackBerry Messenger also has its own set of emojis, lots of stickers, and even some in-app games.

More than an instant messaging app, with the passing of time Line has become a type of mini social network. Besides the usual features found in every kind of IM app, Line supports video calls among 200 participants, paid international calls, a timeline where people can publish posts that friends can later make comments on, as well as follow celebrities, brands and companies in their official channels, mostly Asians, though, where the app is most popular.

Related posts:
Our Top 5 Games Inspired by Famous Movies and TV Shows
25 Songs to Listen to While Gaming
Whatsapp vs. Telegram. Which one fits you best?
Best apps for reading books
Netflix’s Last Removal Of Features, And A New, Fun Makeover
How To Deactivate And Delete Your Facebook Account