Upcoming movies and shows coming to Netflix in October

Home /Upcoming movies and shows coming to Netflix in October 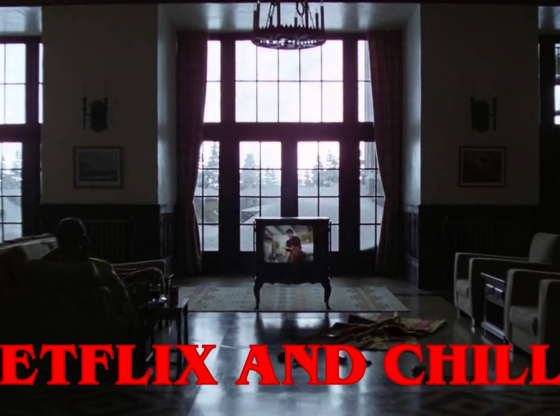 October is pretty much everyone’s favorite month, partly for the start of fall, which means you’ve got an excuse to snuggle up and do some serious binge-watching, and also for Halloween’s much anticipated advent. October 31 st deserves an entire month worth of celebration, and all of TV channels and streaming services are always more than willing to please with both haunting movies and thrilling TV series. With this in mind, and adding the fact that Netflix has never shied away from the horror genre, the streaming service just recently released its upcoming lineup for next month, which looks as if it has been making
sure to fill everyone’s crave for all things spooky. The service makes a perfect kick off this following October 1 st with the release of one of the most beloved haunting classics The Shinning, and that’s just the  beginning of what seems to be the perfect schedule for great scares. Along with several other movie titles, many other Netflix’s originals are making their appearances, including Gareth Evan’s creepy view of cults “Apostle”, and several brand new shows are being released, starting with CBBC’s Creeped Out, and next to that comes Netlix’s adaptation of Shirley Jackson’s The haunting of Hill House, who has been getting surprising critical acclaim these past few days. Last but not least, with the
following October 26 th the wait will be over for many, for the much anticipated “Chilling Adventures of Sabrina” will make itself available, so get ready for some nostalgia to kick in. There’s tons of other titles to come, including anticipated comebacks like the second season of Marvel’s Daredevil and Making a Murderer, so it’s sure to say you’ll surely find something to scare your pants with, or not. Here’s the entire list coming to you next month, so let the Netflix and Chills begin!

Oct. 12:
Apostle
Errementari: The Blacksmith and the Devil
Feminists: What Were They Thinking?
FightWorld
Remastered: Who Shot the Sheriff
Tarzan and Jane (Season 2)
The Boss Baby – Back in Business (Season 2)
The Curious Creations of Christine McConnell (Season 1)
The Haunting of Hill House (Season 1)
The Kindergarten Teacher