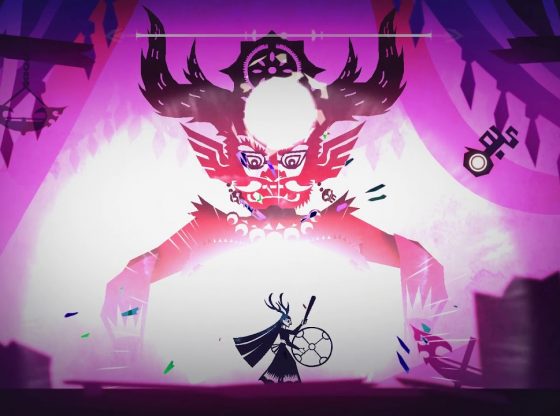 After announcing it some months back as one of the upcoming games of this year’s summer and fall, Nisham Shaman was released almost four months ago, in July. As we briefly mentioned in said article, Nisan Shaman is a game created and developed by Tencent Games and NEXT Studios, which have been also responsible for huge titles like Clash Of Clans, League Of Legends, and PUBG Online.

Nishan Shaman is a folk music adventure game inspired in one of the few great texts of the Manchu tribe folk where they narrate the tale of The Nisham Shaman, a female shaman that saved the life of a rich landowner’s child, whose life had been taken away by the god of hell. Interestingly enough, Nishan Shaman is the brainchild of 6 graduates from Tencent’s Project Keplar, a program with the purpose of enhancing graduates’ understanding, R&D, and creativity of game designing. These 6 graduates developed the game with the means of broadcasting a piece of Chinese folklore, and thus promoting more awareness towards Chinese culture.

“…a combination that certainly caught the essence of what the game really stands for: An eye-catching and enchanting taste of China’s essence…”

At first glance, the game manages to wow us all thanks to its astonishing visuals, and beautifully made paper-cutting design, a combination that certainly caught the essence of what the game really stands for: An eye-catching and enchanting taste of China’s essence, which is furthermore celebrated with rich and harmonious folklore-inspired melodies created by a student from the Shanghai Conservatory of Music.

The game begins with a short background story of the Nishan Shaman’s early adventures, in which Nishan makes a journey to the North guided by a Reindeer Spirit, with the purpose of her being mentored by a disciple of Omosi Mama (The Goddess of Life). Throughout the mentorship, Nishan shows incredible supernatural and spiritual prowess, and by the end of her adolescence with the help of a Divine Drum, which she plays to particular beats, she’s fully able to communicate with spirits, summon gods, and exterminate evil spirits. Later, her mentor offers her a sacred antlered Shaman Hat, which represents her worship of the Reindeer Spirit, and thus officially conferring her with the title of a natural Shaman: Nishan Shaman.

“Without a second thought Nishan Shaman agrees to rescue the child’s soul; a journey that will immortalize her as a Chinese folklore icon”.

It is, however, a short while later that Nishan Shaman’s adventures truly begin, when two desperate parents come to seek her aid, claiming their son’s soul had been stolen by an evil spirit, leaving the child unconscious. Without a second thought Nishan Shaman agrees to rescue the child’s soul; a journey that will immortalize her as a Chinese folklore icon. What follows is the heart of the game, as it depicts her descent to hell, and her magical and brave battles against a multitude of monsters, and ultimately, against the demon in possession of the child’s soul.

In order to defeat the monsters, players must beat the drum in time with their arrival, and given the nature of the game, to the beat of the song. Depending on the side in which a monster comes from, you will have to tap the correct side of the screen. A monster’s length also has to be taken into consideration, i.e. if you encounter a small monster, one tap to the right side of the screen will suffice to kill it, but if a serpent attacks, you’ll have to tap and hold to effectively banish it.

“The heart of the game relays less on its playability and difficulty, and more on the promotion of Chinese culture”.

What some people may have to come to terms with, regarding this game, is that its main purpose, that is, the heart of the game relays less on its playability and difficulty, and more on the promotion of Chinese culture, making the game a visually stunning (albeit regrettably short) journey through a beautiful tale that brings forth some much needed Asian folklore awareness. This is particularly noticeable every time you win an achievement, and the game fills you in on little tidbits of the legend’s background story, even going further as to include fables and tales born from the Manchurian culture.

Nishan Shaman is a visual and aesthetic masterpiece that was flawlessly complemented with a marvelous musical score. This game is a clear example on how games with the intent of unknown folklore awareness and promotion should be made, and hopefully Nishan Shaman will be the pioneer of many culturally-driven games.

The only negative side that could find in the game would have to be how brief it is, consisting in only 5 short levels, which we think could have been better developed to make Nishan Shaman’s legend longer.