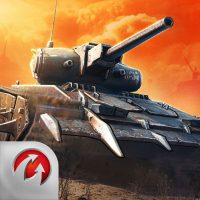 World of Tanks is a universe that serves some impeccable visuals, a list of robust tanks and a gameplay that can keep you busy for years. The success behind this MMO has a lot to do with the developers incorporating the creations of Peter Pound, author of the Mad Max Fury Road series. It’s also got a lot to do with the amazing 3D graphics and the gameplay but the very best part is that it’s a free game to download.

World of Tanks is an MMO action game where your only asset in the battlefield is a roster of robust and powerful tanks. These machines come in all shapes, varieties, models and sizes so you won’t really feel like anything is missing from your army. The diverse options of tanks that can be equipped coupled with the variety of gaming modes that are continuously updating make World of Tanks a fresh playing experience. There’s never a dull moment in this game once you really get into it and form your platoons. With the constant addition of the new gaming modes by the developers, World of Tanks Blitz becomes even more fun and relevant and an app that won’t be uninstalled for a while from your smartphone.

Case in point: the new Halloween mode with MAD GAMES and machines featured from Peter Pound’s creation are the new talk of the game. With Halloween season, there is also the addition of new tanks of vehicles that you can unlock and add in your army with 50 new battles that you can play and win to level up, upgrade and reap reward.

World of Tanks Blintz has a unique 7 vs. 7 gameplay where your team of seven players are pitted against another team of seven players. This matching might be completely random unless you invite your friends directly to play so the skillset isn’t always fair in the battlefield. Nonetheless, you need to give it your all to make your team the victor and survive till the very end.

The game features over 300 different machines and tanks that come from popular universes and different time periods. All of the tanks featured in the game are authentic and with their own set of unique characteristics. The long list of tanks and vehicles that you can equip also make this app particularly large in size. In fact, it could be one of the heaviest games in the app store currently. You need around 3 GB worth free space in order to download this game and probably more space to avoid any lags or slowing down of your game or your phone. To put it simply, World of Tanks is a professional game for the more serious gamers.

The graphics of World of Tank Blitz are hyper realistic; saying that they are excellent could just be an understatement. Because of the huge amount of space this app takes on your phone, it definitely does justice in the visual presentation area as well. All of the 7 vs. 7 battles are well panned out, dynamic and gorgeously designed. Plus, you can battle in a total of 19 different locations which further contributes to the massive size of this game.

The multiplayer MMO aspect of World of Tanks is the heart of the app but it doesn’t always fare well for some players. Since teams and platoons are matched at random, there is unfairness to the division of the skill of the team. World of Tanks is essentially free to download but you might find yourself spending actual money on it to avail some important premium perks. The app does not outright act greedy but insidiously tempts you into buying upgrades and gold.

Why do we recommend World of Tanks Blitz?

What can be improved in World of Tanks Blitz?