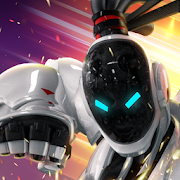 Wild Beyond is one of the latest additions to the app store and it’s already creating waves. Incorporating Fortnite-like graphics and a gameplay that is ridiculously addicting, we could be seeing another gaming phenomenon waiting to happen. However, this game developed by Strange Sevens is still pretty infantile and has not even been released in the Google Play Store. We’re pretty sure it will though because it’s rapidly reaching stardom. You can download Wild Beyond by Strange Sevens for free from the iTunes app store.

Wild Beyond is a fast-paced real time strategy game that truly engages players in a PVP combat gaming style. It brings back the classic PVP matches to our mobile screens coupled with some impeccable graphics that are highly reminiscent of Fortnite. The character designs in this game are also colorful, fun and offer a lot of variety.

Getting to know the game is simple. Wild Beyond schools you through the workings of the game step by step and it’s not really hard to figure out what you need to do in it. Players first have to choose a faction, assemble their deck and then battle other players from across the world in a PVP combat style battle. Although from the outlook, Wild Beyond sounds and looks like an action game but it really isn’t. This RTS game relies on strategy and an intelligent approach in forming your decks, using your characters and proceeding in the battle. The matches themselves are pretty precise and the time limit of each match is about 3 minutes.

Wild Beyond is set in an alternate galaxy where fame and honor are earned through victory in the battlefield. You can uncover the mysteries and secrets of this galaxy as you make your way step by step into the game. Along your way, you’ll also encounter a number of interesting characters with vivid personalities. You can unlock these heroes as you progress through the game or through a couple of in-app purchases to get the really good and rare heroes and add them to your deck. Decks in wild Beyond are created by the characters and heroes you unlock. That means that the stronger your heroes are, the stronger your deck will be.

You can also customize your deck and heroes. These customization options include equipping your characters with unique skins that are faction-based and maximizing the skills of each character. Each hero will have his/her own fighting and combat style. The key to succeeding in Wild Beyond is building a well-balanced deck that not only incorporates powerful heroes but also includes strategically important units that can help you take down your foe in combat.

In Wild Beyond, you can not only play against real life players in the game through the multiplayer mode but there are a couple of powerful and unique bosses that you can challenge. Defeating these bosses not only earn your major points and rewards but also increases your chances of making it to the top of the leaderboard charts.

Wild Beyond is definitely a great modern addition to app games but it’s only still available for iOS devices. Plus, although the game is free to download, the number of in-app purchases and their need is something we can’t ignore. You might be forced in making these in-app purchases to really make it further into the game. This is why some players have dubbed the game as a pay to win game.

Why do we recommend Wild Beyond?

What can be improved in Wild Beyond?

Wild Beyond is one of the top apps in the Strategy app category, which belongs to Strange Sevens. It's last update was on November 19, 2018 and it has been already downloaded times. On the app store it has now 28,000 reviews. After you get to Wild Beyond page on the app store, click install & enjoy it.