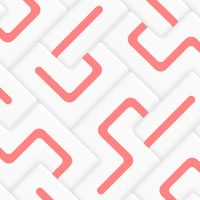 Up Left Out description

Up Left Out celebrates minimalism to its finest with the classic tile-sliding puzzle formula but with a significant twist. Superbly fluid and a great calming experience, Up Left Out by developers Rainbow Train should be your next download if you’re a fan of the developer’s other hit games like Hook, Klocki, and Push. Initially the game had to be purchased to play but now it has been made available to download for free.

With over 50 levels to offer, Up Left Out is all about tact and common sense. There is no instruction tutorial for beginners and when you open the app, you’re instantly transported to the gameplay. Then it’s your job to figure your way around the mechanics of the game. Simple, clean and precise, Up Left Out doesn’t even require a tutorial to understand how the game works.

All you need to do is move around the tiles on the board and slide them in such a way that the red line aligns. As you progress into further levels, new elements get added into the game and you have to work your way through them to reach your ultimate goal.

But Up Left Out is not simply a tile-sliding puzzle game. There’s always a catch with Rainbow Train games. There are pegs and hooks interspersed throughout the tiles in the board. These pegs pin the tiles to the board and it’s up to you to work your way around the pegs, rotate them and align the tiles properly in a line. The initial goal is to free all the pegged tiles and shuffling them into a particular sequence but as you more into the higher levels, you’ll soon notice you need to move gates and rotate pieces to make the shuffling possible. In short, the patterns of the slides become more and more elaborate and complex as you progress further into the game.

Up Left Out has no time limit or lives. You can take your sweet time to figure the puzzle tiles out. There’s no rush and the game is usually best played in bursts. Overall, Up Left Out is a relaxing game with simple graphics and smooth, fluid gameplay. It’s a great way to pass your time.

The game features over 50 levels but we expect Rainbow Trains to add more levels to the game soon. Up Left Out was initially a game that had to be purchased in order to play even though the price was extremely nominal. Recently, however, the tides have changed and you can download Up Left Out for free.

Up Left Out does tend to get monotonous at points because it is basically the same sliding mechanism in each level. Although each level adds in some uniqueness and twist to it with new elements you need to overcome, the formula is still repetitive. That’s why this game is best played in bursts.

Up Left Out does tend to get frustrating at certain points as well. There are some levels and some patterns where you’ll find yourself stuck and impossible to find your way out. Luckily, since the game is such a massive hit, you can watch the video walkthroughs of each level online.

It’s hard to classify Up Left Out in one genre. It’s a casual game but it’s also a puzzle game. It requires little strategy and more common sense to master every level. Up Left Out can, thus, be deemed as a casual puzzle game. The game is available for both Android and iOS users.

Why do we recommend Up Left Out?

What can be improved in Up Left Out?

Up Left Out is one of the top apps in the puzzle app category, which belongs to Rainbow Train. It's last update was on November 22, 2017 and it has been already downloaded 10.000+ times. On the app store it has now 12,441,598 reviews. After you get to Up Left Out page on the app store, click install & enjoy it.