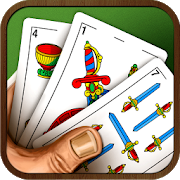 Truco Blyts is a card game that takes its origins all the way from Argentina. This Spanish-based card game revolves around the concept of deceit and lies which are the ultimate weapons to winning this game. With over 10 million downloads, Truco Blyts is a popular app amongst the Spanish-speaking community. It offers some in-app purchases but it is a free to download app.

Truco Blyts takes us to an underground gambling setup with simple animated graphics and a startup tutorial that explains the instructions and rules of the card game well. The app is plain in design and the main homepage keeps a dry look; however, Truco Blyts is nothing but boring.

This card game tests the limits of your wits and strategy but it also tests your luck. You can play Truco Blyts in both single and multiplayer mode. Currently there are over 9 million users that are registered on the multiplayer mode. This mode is the star of the game and you can not only play against your friends but you can also challenge players from across the world.

Truco Blyts is played with a Spanish deck, originally created in Spain. The goal of the game is to climb the top of the leaderboard charts and you can only do this when you practice to master the ins and outs of Truco Blyts.

There are some new features in the latest version of the game. This includes a New National Tour that divides Argentina into six different regions. In Truco Blyts, you get to choose your virtual character or player. The game features over 180 of these characters and they all have their own distinct personalities, game strategies, strengths and weaknesses. Each virtual character also has its own specific avatar and a cool little story attached to them.

Players can also chat with other players in the game. This chat isn’t very strictly regulated though so Truco Blyts might not be the most kid-friendly card game to have on your phone. The global chat features allows you to chat with just about anyone on the platform oceans apart.

Although the multiplayer mode is the user-favorite feature of the Truco Blyts app, the single player mode isn’t bad at all either. The game incorporates a pretty intelligent computer AI that can play against you and help you climb the charts. This mode is also good for practicing.

Apart from the basic player vs. player gaming, you can also create your own tournaments in the game and invite your friends to play in these tournaments.

Truco Blyts is a thrilling card game but one that is restricted to the Spanish-audience. There is no English version of the game which narrows the audience of the app. If you know Spanish, Truco Blyts is definitely an app you should have on your phone today!

Why do we recommend Truco Blyts?

What can be improved in Truco Blyts?

Truco Blyts is one of the top apps in the Card app category, which belongs to Blyts. It's last update was on January 8, 2019 and it has been already downloaded 10,000,000+ times. On the app store it has now 387,004 reviews. After you get to Truco Blyts page on the app store, click install & enjoy it. 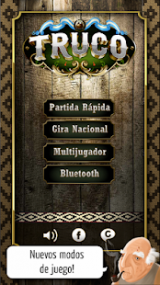 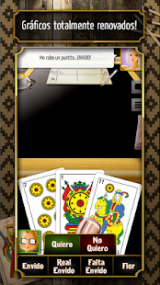 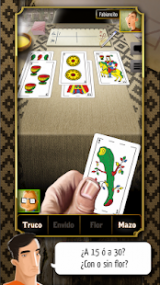 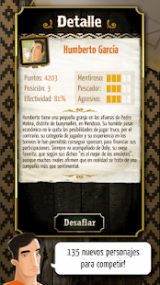