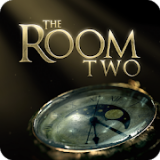 Fireproof Games has brought the second edition of their popular puzzle game in a familiar setting, new puzzles, and much more realistic visuals. This 3D puzzle game has been intricately designed with puzzles that require common sense and a sharp mind. The Room Two is a pay to play game and is available for both iOS and Android users. It has received numerous accolades and recognition from various critics for being one of the best puzzle games smartphones can offer. Big gaming critics like PocketGamer and Eurogamer have left stellar remarks for The Room series and this game was also nominated as Apple’s Best of 2013 awards.

The Room Two, like its predecessor centers on puzzles and brain storming. In this game, players are projected into a world that has, frankly, quite a lot of puzzles and rooms. To progress into the game and hence into the storyline, players will have to uncover each and every puzzle that they come across. The Room Two is a game that is meant to be played solo and has no form of multiplayer support. The charm in this game is to rack your brains and make you spend your free time in a productive manner.

All good puzzle games have challenging questions that need to be solved and The Room Two does no differently. To solve the puzzles featured in this game, you don’t need math or knowledge of any other generic subject; you just need a clever mind that can work through the design of the puzzle device.

Puzzles in The Room Two, as with the first game, come in the form of objects or devices. In the game, you’ll find tons of devices and mechanics that you’ll need to move around to figure out the solution. Controls of The Room Two are identical to its predecessor. You can move things around in the device like levers and buttons by swiping the screen in your chosen direction. You can also get a 360 degrees view of the device to get a look of the puzzle from all angles because you never know where a solution might be hidden. You can also zoom into the puzzle device for a clearer view as well.

Packed in a stunning 3D environment, The Room Two does everything right when it comes to the graphics and visuals. The background music is subtle and the sound effects are realistic which deliver just the right mood for the game as well. The Room Two has definitely stepped up its game in terms of graphics and now the 3D art is much better and hyper realistic than before. The overall effect of the graphics puts the game in a dark, moody aura and it somehow works perfectly with the game although it’s not a horror game.

The Room Two has a beautiful app design and an innovative user interface. It’s a user friendly application for sure and you don’t really need prior instructions to dive into the gameplay. Simplicity is what makes this puzzle game stand out although the puzzles themselves are intricately thought of and designed.

The Room Two also has multi-language support and is available in English, Spanish, German, Italian, French and Portuguese. This puzzle is definitely an immersive, eerie experience with little to no faults and a consistently high rating and good feedback.

Why do we recommend The Room Two?

What can be improved in The Room Two?

The Room Two is one of the top apps in the Puzzle app category, which belongs to Fireproof Games. It's last update was on February 11, 2019 and it has been already downloaded Installs 1,000,000+ times. On the app store it has now 203,710 reviews. After you get to The Room Two page on the app store, click install & enjoy it.