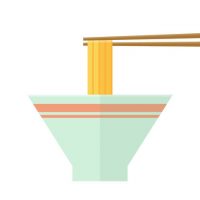 Sometimes it’s the simplistic of games that take the top spot. The Noodle aptly fits this description; not only is it a very simple game in both gameplay and design but it is also one of the most popular puzzle games on the iTunes store. The game is available to play for free but only has an iOS version. There’s a replica of the game on Google Play Store but don’t be fazed by its appearance – it’s a fake. While the game is pretty promising and fun for iOS users, we do hope Hibiki Yano develops a version for Android folks as well.

What do you imagine when you read the word ‘noodle’? Probably a plate full of Italian spaghetti or perhaps a bowl of ramen, right? The game keeps up with this food theme and incorporates an element of puzzle to it to make it both appetizing and addicting. This hyper realistic take on slithering noodles falling in a hollow tube definitely score major points in the visual category in our books but does it live up to its hype in terms of its gaming format? Let’s find out.

The objective of The Noodle is pretty clear cut and the game instantly projects you into the gameplay with minimal tutorial instructions. The lack of instructions isn’t necessarily a bad thing; the game is simple enough to understand yourself.

The game is divided into different levels and you can clear a level when you reach a certain score. The game can also be paused at any time by tapping on the pause option on the top left side of the screen. This can actually be a pretty useful tool especially in later levels when there are too many noodles to catch and when distraction is not an option.

The levels start out as pretty basic but quickly elevate in their difficulty level. Soon you’re met with noodles coming down from left and right and parachuting from the sky. The trick in this game is to make your move by judging how and in what direction the noodle will slide and this is what makes The Noodle essentially a puzzle game.

Each noodle slithers and moves according to certain laws of physics and a smart player should be able to accurately predict when and where the noodle will exactly fall. The Noodle does appear as an arcade game at first but soon you realize it’s more about the physics and the movement of the noodle than just moving your tube randomly wherever you want.

The graphics of this game are as simple as they can get. With a blank background and 2-D drawing style objects in the game, The Noodle keeps things elegant and simplistic. This kind of art does work in its favor because it focuses the attention of players on the colored objects instead of a background.

Users of the app have complained of it growing boring pretty quickly and of course of the overload of ads. Despite this, it’s a pity that this game hasn’t been developed for Android yet.

Why do we recommend The Noodle?

What can be improved in The Noodle?

The Noodle is one of the top apps in the games app category, which belongs to Hibiki Yano. It's last update was on September 17, 2018 and it has been already downloaded 1.000.000+ times. On the app store it has now 10.671 reviews. After you get to The Noodle page on the app store, click install & enjoy it. 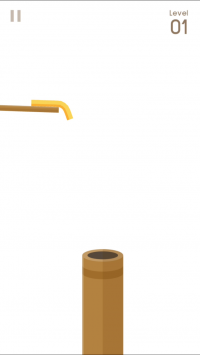 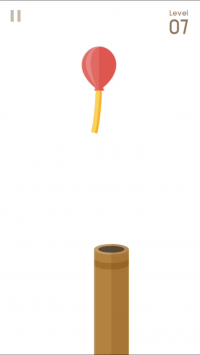 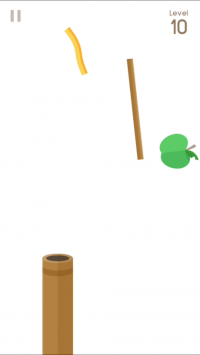 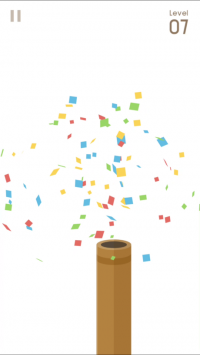