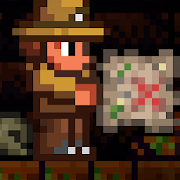 Terraria is a classic adventure game that has probably been an important part of many people’s childhood. Initially released in 2011 this game quickly became a frontrunner in the genre of adventure meets RPG. In fact, it probably laid the foundation of games like Minecraft. Diehard Terraria fans still love the game and now that it’s available to play on our smartphones, Terraria has become even more popular. Although you’ll need to pay to purchase the game, we assure you the purchase will be worth it if you’re into these types of games. You can download Terraria from the Google Play Store and the Apple’s iTunes store.

There’s nothing more nostalgic than playing a game of your past on your latest smart device with the same graphics and the same mood. What we love about Terraria for mobile is that it has stayed true to its originality. Sure the developers have optimized the app according to smartphone requirements but at the end of the day, it’s still the same 2011 game with the same pixelated graphics and controls.

Terraria is an adventure game with a lot of aspects and features that are strikingly similar to Minecraft. In this game your character can dig through solid ground, explore the world and fight. Most importantly, you can build and forge new things with the items you collect throughout the game.

This adventure game was developed way before Minecraft and thus enjoys a kind of superiority that only fans of the series will understand. If you’ve played Terraria before, you won’t find Minecraft as engrossing and fun. The game features different worlds every time that you can explore and build things in. From floating islands to the underworld, there are tons of options to venture through.

Along with the adventure theme of the game, Terraria is also a game that include action and RPG. RPG is how you can explore the entire world without much restrictions and the action aspect comes in when you take on villainous bosses. In Terraria, you can equip your character with weapons and armors and make him fight against enemies spread across the world. This is similar to Minecraft in many senses except for the fact that your enemies in Terraria aren’t just zombies.

The sandbox game theme of Terraria is one of the very first in its category and the amount of content the game offers is commendable. On total, there are over 1360 crafting recipes through which you can produce weapons, armors, and potions. There are also over 450 different types of enemies, 20+ bosses with 100+ block types. These blocks can be used to build just about anything you would imagine. What’s more, Terraria also features over 30 pets in the game; something that Minecraft lacks.

Terraria also features multiplayer support so you can play the game with your friends through a local WiFi connection. Up to 4 players can join a single game at a time.

The worlds in Terraria, as already mentioned, are also very diverse. You can explore from over 12 environments that have day/night cycles, lave and even dynamic water. The graphics of Terraria aren’t modern and 3D like the new games of today but that’s the beauty of it. Each pixel in the game is constructed with excellence and the mobile version of this original PC game projects the same feeling for us in our smart phones.

Terraria is a pretty great game on almost all facets but the latest updates have been met with backlash. Along with technical errors, there have been issues with the controller support.

Terraria is one of the top apps in the Adventure app category, which belongs to 505 Games Srl. It's last update was on August 1, 2016 and it has been already downloaded 1,000,000+ times. On the app store it has now 234,898 reviews. After you get to Terraria page on the app store, click install & enjoy it. 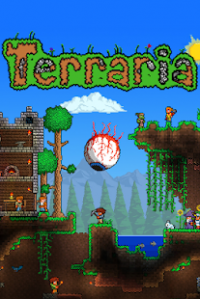