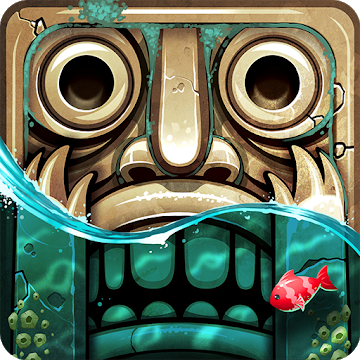 Good arcade games are a class of their own. The arcade genre has been around for decades and was probably the first gaming genres to exist perhaps (think back to the Gameboy Era and hit PC games) but now they are becoming a massive entity on smartphones as well. Temple Run is one of the most loved arcade games in smartphones to ever exist. Its highly addicting gameplay backed up with some extraordinary 3D graphics make it the kind of game you can pick anytime, anywhere when you want to kill the boredom. Temple Run 2 is the second installment in the series and takes after the same storyline, controls and gameplay of the original Temple Run game.

500 million downloads on the Google Play Store alone are enough proof that Temple Run 2 did a pretty stellar job at delivering the same entertainment and appeal that was attached to the first game in the series. The story of Temple Run 2 is pretty much the same only that it’s set in a different location and place – the Pirate Cove. So instead of escaping the Demon Monkeys that you stole the cursed idol from in the last game, in this one you’ll need to run for your life from the Demon Monkeys of the island.

Since this time the game is set in an island like landscape, you don’t get to experience the same setting of navigating through temple walls, jungles and the barren cliffs. This time you’re tasked to navigate your way through the cliffs on the island. You also get to make your way around the forests, mines and beaches on the island in an attempt to make your escape. The controls of Temple Run 2 are exactly identical to the classic game where you can either tilt your phone to change your running direction or you can swipe left and right on the touchscreen to navigate yourself and change directions.

As always, Temple Run 2 is also illustrated with impeccable, eye-catching graphics that explain the massive size it requires on your phone. In fact, this second installation incorporates even better and more beautiful graphics than the old game. The character design is also more polished and the 3D elements in the background are tweaked to look even more outstanding. Speaking of, in Temple Run 2 you can choose more than one character to play with and each character has their own special power and abilities.

Temple Run 2 offers new and improved features as well apart from the better visuals. In this game, there are a lot more obstacles and new power-ups that you can use to make your escape easier. However, as with the classic Temple Run game, Temple Run 2 can also be pretty challenging at times and may not be the best pick for people who get frustrated at games too easily. A certain amount of skill, timing and attentiveness is required to ace this game and there are obstacles interspersed between that can really present as a roadblock.

And we all know what happens if you hit an obstacle in Temple Run. That’s right – you’ll get thrown back to the last checkpoint and you’ll need to redo the entire landscape again from the last checkpoint. This can be pretty annoying at times but for seasoned arcade players, it shouldn’t be too big of a deal.

Temple Run 2 also keeps you informed of your achievements in the game with a long list of achievements that you can unlock.

Why do we recommend Temple Run 2?

What can be improved in Temple Run 2? 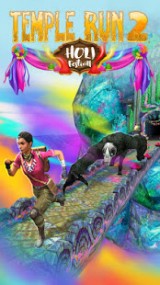 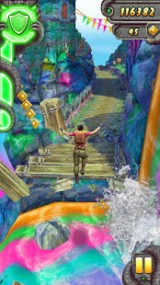 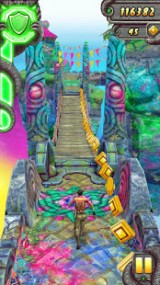 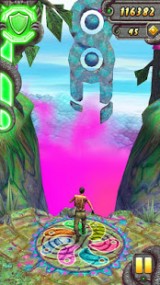