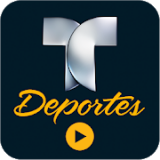 The FIFA Russia World Cup 2018 has been making mainstream news and waves across the planet; for football fans, staying up to date with the latest goals and scores of the matches is a necessity. Telemundo Deportes En Vivo makes it possible for fans in the United States to watch the World Cup in its entirety with additional exciting features to add more thrill in their FIFA World Cup experience.

Telemundo Deportes En Vivo is a Spanish sports app dedicated to the World Cup matches and scores. It supports only the Spanish language and is available in the US. On the app, users can watch live football matches as well as get the latest updates and scores. This sounds like any lives streaming sports app but Telemundo Deportes throws in a colorful variety of features that make it a unique application in its category. Let’s talk about those features.

In this World Cup dedicated app, users can view all the games at around seven different live camera angles. They can also keep up to date with the live stats if they don’t have the time to watch the full match.

Telemundo Deportes is more than just a live streaming football app. On it, you can also check out exclusive videos and highlights of all the favorite moments in the games. Interviews, analysis and key moments are also available to watch on the app. Although the app has gained most of its popularity during the World Cup season, it allows viewers to watch more than just the Copa Mundial de la FIFA Russia World Cup 2018. The English Premier League Games, Boxeo Telemundo, NFL, and NASCAR races can all be live streamed on the Telemundo Deportes En Vivo app.

So how does it work? Users have to simply create an account, sign in and connect with their TV provider username and password to gain access into the features of the application. It’s important to connect with your TV provider to get the app working in full functionality. Although authenticating with your cable operator was never a necessity in the previous versions of the app, now the app may ask you to authenticate and connect with your cable operator which can be a major drawback for some users.

The Telemundo Deportes En Vivo app has other bonus features for users to enjoy as well. These include full event replays, push notifications, and customization options to set alerts for your favorite teams and leagues. The video on demand option allows for users to view upcoming sports events, access video clips and check out match highlights as well.

The app design is intuitive, clean and simple. Navigating your way around the application is easy. The videos and live streams on Telemundo Deportes En Vivo can be watched on WIFI as well as 3G or 4G networks. All videos can be streamed in high quality of 1080p if your internet connection is strong.

Telemundo Deportes is available for both Android and iOS users but the app is available to download only for US users. This greatly reduces the number of total downloads for the app. Should the app extend to other countries apart from the US, there’s a pretty good chance it can become one of the best sports app in the play stores.

Why do we recommend Telemundo Deportes En Vivo?

What can be improved in Telemundo Deportes En Vivo? 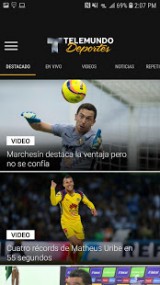 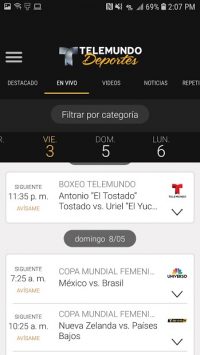 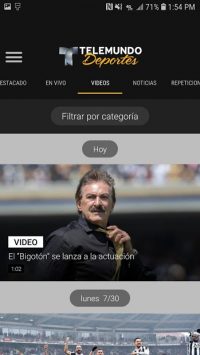 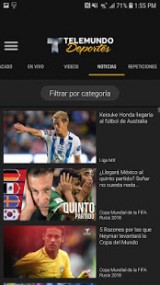 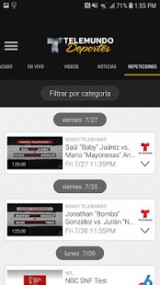