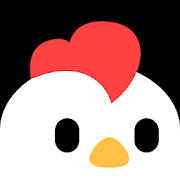 Developer ThomasYoung has single-handedly produced an action slash arcade game for our smartphones that is an amalgam of colors and features – Super Fowlst. This free to download game for iOS has been released only recently but already it has garnered a significant fan base. Super Fowlst is a game that revolves around the last hope for mankind – a chicken. If you’re into action and arcade games that incorporate old school graphics but a lot of fire, action and enemies, we suggest you give Super Fowlst a try. Unfortunately the game is still unavailable for Android and we’re not quite sure when it will make its debut on the Google Play Store.

The story that makes the backbone of Super Fowlst is simple yet hilarious. This quirky tale is set in a time of a complete world apocalypse where demons are running lose and the only way to stop these demons is with the help of a chicken. As a player, you control this chicken and you can destroy the floating demons in the game by simply jumping on to them head first. What’s the secret behind killing demons with a chicken head, we don’t really know. But the quirkiness and randomness of Super Fowlst is what makes it such a fun and playable game.

Super Fowlst is mainly an action game because you get to not only kill the demons by smashing into them head-first but you also dodge bullets and grab loot along the way. The game has an unlimited number of levels that are procedurally generated so that every time you play a level, it will be different. You can also collect loot, meet powerful bosses and come across cool gadgets and gizmos that you can use to your advantage. Plus, you can trade your loot and the treasure you’ve collected for cool powers such as the egg bomb and a couple of rocket attacks to thwart your enemies.

Speaking of which, the graphics of Super Fowlst are simple with a touch of contemporary. The animation is smooth and soft so it doesn’t really give off a true early 2000’s game feeling but some elements in the art of this free to play action game do remind us of a Gameboy hit.

As already mentioned before, there is a great variety in the levels of Super Fowlst and it’s what makes the game highly addicting. The controls of the game are easy to understand as well. Simple swipe and hold controls are all you need to navigate your chicken around the game and to smash your enemies. These enemies also present with a lot of variety and you will be met with unique bosses all the time. Although the enemies are technically demons, they’re not scary and in fact pretty cute. Super Fowlst as a whole is an adorable game but one that incorporates themes of violence.

Players can also unlock a total of 20 characters in Super Fowlst and we’re pretty sure the developer will add more to the list in due time.

Super Fowlst has amazing potential to become one of the top action arcade games for mobile but it is still unavailable for Android users. The in-app purchases are also pretty expensive but we’ve heard the developer is working on that!

Super Fowlst is one of the top apps in the Arcade app category, which belongs to Thomas K Young. It's last update was on April 1, 2019 and it has been already downloaded 100,000+ times. On the app store it has now 1,325 reviews. After you get to Super Fowlst page on the app store, click install & enjoy it. 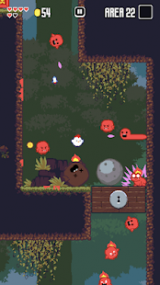 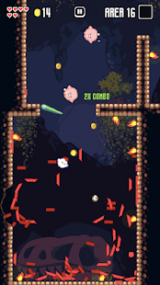 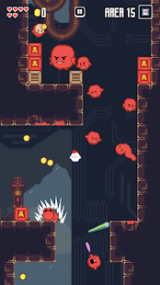 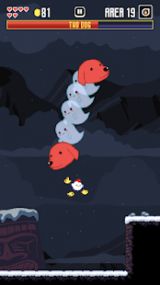