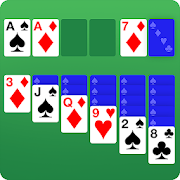 Solitaire is one of those few computer games that every 90’s kid has played at one point of their lives. It’s a classic and although there have been versions of the game that have improved upon its features and added some spice to it, there’s no replacing the original, classic game of solitaire. Solitaire by Zynga (previously harpan) takes the old and classic game of solitaire and brings it to our phone screens. This card game is free to download. It can be downloaded from the Google Play Store and the Apple iTunes store but it does offer in-app subscriptions and is littered with tons of ads.

Everyone loves a good classic game done right. Zynga doesn’t add any bonus features or effects to the original Solitaire game. Even the graphics and design of the game is exactly the same as the Microsoft Solitaire game with the same dark green background and a simple deck of cards. Animations have definitely been improved upon but overall you won’t feel any difference at all from the original PC game.

The objective and rules of Solitaire are known to everyone so we won’t get into the details of it. Simply put, you need to complete a full deck from 1 to Ace with alternating colors. Once you have all four decks you win the game. Cards can be flipped along the way and there are times when you might find yourself stuck in the game with no point of return. Correct strategy along with luck is what dictates the fate of your success in solitaire.

Solitaire by Zynga is a great way to pass your time in a relaxing way. This card game is known to relax the mental functions and act as a stress-reliever. If you’ve been looking for a way to unwind, we highly suggest that you download this app on your phone.

You can play Solitaire offline and the only thing you need to play it is the app itself. Everything in the game is completely free and you can play anytime you want without any time restrictions.

You can also see your progress and rankings in the game and change the setting. That’s pretty much all the options you get on the main menu of Solitaire.

This app was designed to keep the true spirit and originality of Solitaire alive without any additional perks or twists. Die-hard proponents of the game will appreciate this although people looking for a change might not find this app as fun.

You can also pay for subscription package of Solitaire which removes all the ads from the game. Banner ads are a particular problem and they show up quite frequently in all places in the game. If you don’t want to be distracted by these third-party ads, it’s a good idea to purchase the no-ad version. This version is pretty cheap.

Simple and easy, Solitaire by Zynga has earned quite the following online. However, some users have complained that the game has a lot of bugs and crashes more than normal. We do hope the developers work on fixing this problem soon!

Why do we recommend Solitaire by Zynga?

What can be improved in Solitaire by Zynga? 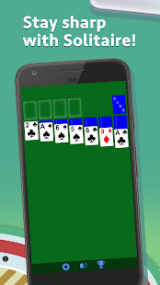 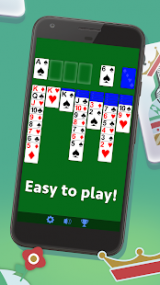 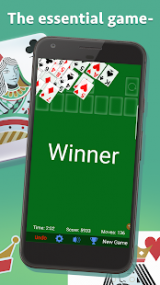 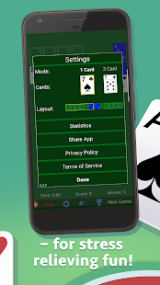