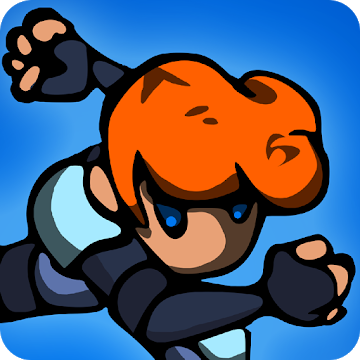 Sneak Ops is a treat for people who like hide-and-move games. Although this app identifies itself as an action game, there’s less action and more stealth involved. Sneak Ops is a free to play game that offers in-app purchases. It’s a slick development that will keep you hooked to it for quite a while. It has a fun and addictive outlook although it might not strike you as impressive right away.

Sneak Ops is a shot back at time that brings back original Gameboy pixelated graphics. The game tries hard to give us an old school experience but it still manages to make the art stand out with bright colors and an app design that pulls you in.

Sneak Ops is your average stealth games where your main goal is to avoid getting caught. The mission of this game is set in the tunnels of a high tech military base through tunnels and highly secure areas where you need to escape the eyes of guards, lasers, cameras and other things that might catch you. If you’re caught anywhere during the game, you’re instantly thrown back to a checkpoint which thankfully is never too far away. This means that even if you do get caught, you don’t have to redo too much of the level and there’s always a chance you will proceed further in.

Sneak Ops has simple controls and the only thing you really need to do is move in the right direction so as to not get caught. By simple swipe controls, you can move your character through the screen. You’ll need to stop when laser alarms come in your path or when there’s a guard on patrol, however.

Other supplementary features on Sneak Ops include a reward or achievement board where you can track the medals you’ve earned and the badges you’ve managed to accrue throughout the game.

You can also choose to play with different characters and this adds a touch of customization in the game. Instead of the main orange-head protagonist, you can use around 20 other characters to control in your mission. These players need to be unlocked of course though and that can only happen when you’re well into the game. Although daily missions pop up every single day, you can replay any previous mission whenever you want. This means that you can build up your score and achievement in the game by playing daily challenges again.

Sneak Ops is a promising game but does it deliver the way it should? Not every player is impressed by the game’s controls and the gaming format. Users have complained of challenging controls despite being simple on paper. In order to proceed into the game, you’ll need to position yourself precisely and this can be quite a feat.

Why do we recommend Sneak Ops?

What can be improved in Sneak Ops?

Sneak Ops is one of the top apps in the Action app category, which belongs to Noodlecake Studios Inc. It's last update was on September 10, 2018 and it has been already downloaded 100,000+ times. On the app store it has now 4,960 reviews. After you get to Sneak Ops page on the app store, click install & enjoy it. 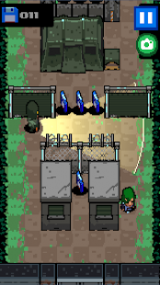 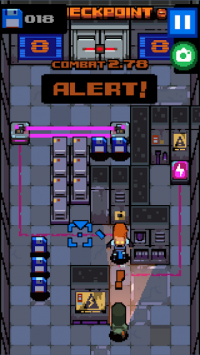 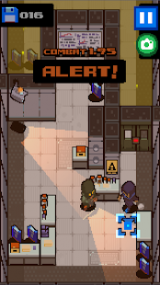 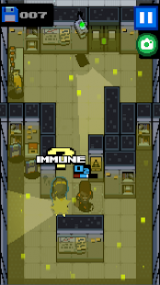