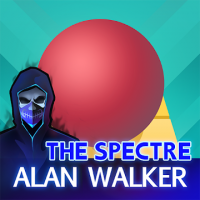 Rolling Sky is not a new concept and has a stark resemblance to games like Dancing Line. Despite this, the idea of navigating your ball through tricky pathways as you coordinate with the music that’s playing in the background is definitely a thrill anyone can enjoy. Rolling Sky is categorized as a board game but there’s a lot more going on in this app than that. It’s a free to play game by Cheetah Games and it’s available to download from both the iTunes store and the Google Play Store. It offers a handful of in-app purchases as well but none that are absolutely necessary to make it far into the game.

Rolling Sky is advertised with the name of the popular electronic artist Alan Walker although we’re not quite sure if Walker actually has anything to do with this game. All of the sound tracks and music featured in this game are produced by Alan Walker though and fans of this musician will definitely enjoy diving into the world featured in Rolling Sky.

The goal of Rolling Sky is to navigate a small ball through a zigzagging maze and make sure it doesn’t fall. It sounds pretty easy when you think about it but this game is one of those that can really make you want to pull the very last strands of your hair out. Right from the beginning, the challenge gets steeper and the only way to avoid falling is to make sure your moves are perfectly coordinated with the sound track that’s playing in the background. You also need to keep your eyes peeled throughout the game because you never know when or where you might encounter a ditch.

Along the path, you need to collect diamonds to score higher. The paths laid down in Rolling Sky are full of twisty turns and obstacles. Unlike other games that share a similar gameplay like Dancing Lines, in Rolling Sky you get to have a much more superior control over your actions. Not only can you direct the ball left and right with a simple swiping movements but you can also jump over hurdles. This gives the game a lot more flexibility and makes it more than just a board game. It’s kind of a fusion of arcade, music and board all put together synchronously. Rolling Sky boasts some pretty gorgeous graphics. All of the levels and backgrounds in this game are three dimensional, modern and vibrant in term of hues and colors. The game has a very electronic feel to it and produces an atmosphere that fits aptly to an Alan Walker featured gameplay.

More features of Rolling Sky include an abundance of levels to unlock each with distinct tunes and game scenes. These levels include scenes that take players to mountains, snowfields, volcanoes, and an entire galaxy.

Rolling Sky is an app that is designed innovatively. Its user-friendly interface lets players dive right into the game without even needing a detailed tutorial. Navigating about the app is also a pretty easy task and something we love about this game.

As with most other free applications, Rolling Sky does have a lot of ads throughout the game but none that really break the tempo of the game. Still, the ads can be a persistent thorn to the side and the only way to get rid of them is by making some in-app purchases and subscribing to a paid version of the app.

Why do we recommend Rolling Sky?

What can be improved in Rolling Sky?

Rolling Sky is one of the top apps in the Casual app category, which belongs to Cheetah Games. It's last update was on Updated March 22, 2019 and it has been already downloaded 100,000,000+ times. On the app store it has now 1,222,506 reviews. After you get to Rolling Sky page on the app store, click install & enjoy it. 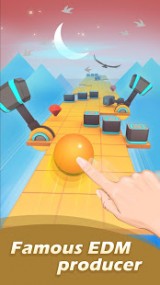 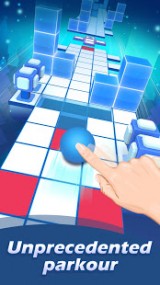 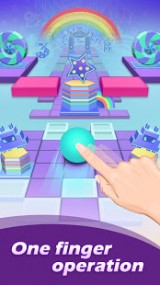 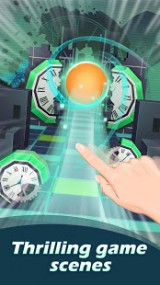