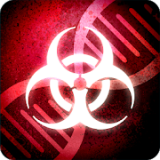 Plague Inc. adapts its concept and storyline from the popular Flash game by MiniClip.com. The theme of this game is insidiously intriguing, factual and original. It’s a race against the human race in the world as your goal is to spread deadly viruses and diseases in the human population to wipe them off the face of the planet. While the concept is pretty violent in essence, it’s a good learning experience for teens. Plague Inc. is rated appropriate for children aged 12 years and up. It is available for both Android and iOS users.

The main objective of Plague Inc. is to create a deadly disease by acquiring different pathogens to infect patients. As an enemy of the human population, you need to evolve the disease, make it more fatal and spread it bit by bit across the entire human race like a plague. The disease progression is insidious and slow with gradual strengthening of the pathogen concerned. These diseases could come about as a result of a viral, fungal or bacterial infections that all present with unique symptoms. Players in Plague Inc. get points and progress further in the game when they boost or upgrade their pathogen and subsequently the disease. The upgrading process is pretty easy and straightforward; all you need to do is pop bubbles on the screen when they appear as the virus spreads. There will come a time when doctors and scientists will become aware of the growing plague. That’s when things in the game will heat up and you’ll need to make sure your plague succeeds in killing the human race faster than it is cured by the vaccines that are being developed.

Plague Inc. is based on strategy, tact and facts. It’s a learning experience for teens as the library of diseases featured in the game are accurate and true. The game will quickly run you through a comprehensive tutorial before you begin playing. As you progress through the game, you’ll come across twelve different disease types with accurate descriptions and facts and with different strategies to master them.

The world featured in Plague Inc. is theoretically the entire planet Earth but more specifically you can infect up to 50+ named countries with hundreds of traits to evolve and thousands of world events to adapt to.

The graphics of Plague Inc. are pretty impressive for a game for smartphone users. It features high quality graphics with a refined user interface. There are also options to save and load the game at any point so that you progress is never lost. Plague Inc. also tests your competitiveness through the scoreboards and leaderboard charts where you can mark your achievements in the game. Plague Inc. is available in several different languages: English, German, Italian, French, Brazilian, Portuguese, Russian, Japanese and Korean with more languages to be added soon to the list.

The app is free to download and play but as with most other games, there are in-app purchases that you can buy with actual money to help you advance in the game more easily. They aren’t necessary though. Users have complained of facing some problems with the subscription of the game and facing some bugs in the different scenarios featured.

Plague Inc. has secured a greater than 4.5-star rating on the Google App Store with mostly stellar reviews. The best part is, this is one of those few strategy games that you can play even when you’re offline.

Why do we recommend Plague Inc.?

What can be improved in Plague Inc.?

Plague Inc. is one of the top apps in the Simulation app category, which belongs to Miniclip.com. It's last update was on November 22, 2017 and it has been already downloaded 50.000.000+ times. On the app store it has now 2.806.36 reviews. After you get to Plague Inc. page on the app store, click install & enjoy it.