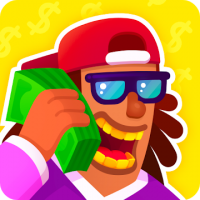 From the makers of Bowmasters, Samurai Chef and Tank Stars comes another equally visually pleasing and fun game – Party Masters: Fun Idle Game. True to its name, this game is pretty much only a casual clicker game with little to no technique or strategy. All you need is stamina, patience and a good load of hours to spend.

Party Masters comes from the same developers as Bowmasters – Playgendary – and features the famous and popular RnB star in Bowstars as the main character of the game. Lol Vein is on the road to fame and it’s our job to propel him to stardom with his exquisite dance moves, dance party and ultimately buying a luxurious mansion for him.

The gameplay of Party Masters – Fun Idle Game is straight forward. Just tap away on the screen to make your characters and dance party move to the beat and earn awesome rewards and boosters from it. The key control in this game is to simply click as much as your fingers allow. You need to keep tapping and make everyone hype up to the rhythm until the lady’s head drops to the zero level.

Party Masters – Fun Idle Game offers over 40 playable characters that you can control and make them dance. The best part of the game is that you earn stars pretty quickly which encourages you to keep on playing and earning more and more. It’s kind of like conditioned reflex!

There’s plenty that you can do with your stars and boosters. These boosters can be converted to in-game currency (also dollars) so that you can spend them to build more and more of your mansion. You can also spend stars to make important character upgrades, pay the bills and purchaser resilient headwear.

Not only can these stars and boosters be earned for free during the course of the game but you can also purchase them with in-game dollars or even actual dollars from the shop. The shop section allows you to increase reputation points as well and earn Reputation Chests and Booster Chests. Cooler and more powerful upgrades and boosters come in the form of a pile or a safe of gems but these can only be bought with actual money.

Party Masters turns things further up a notch with its awesome upgrades and boosters with the VIP rewards system. Contrary to the name, this VIP rewards aren’t only available for premium users who purchase the rewards with real money but a lot these VIP boosters can be earned for free when you progress into the later levels. These boosters are quite helpful in helping you breeze through the game and tap endlessly to get more rewards.

Although Party Masters – Fun Idle Game has no solid gameplay or even a plotline, there’s still a dedicated area of the leaderboard and achievements. High scores from across the world are displayed in the achievements section and you can make your name appear in it as well if you keep tapping endlessly! The achievements come in different forms like tapping a certain number of times or throwing a set number of dollars per second etc. Claim your victories and exchange them with gems that can be used to upgrade your characters or build your mansion.

Overall, Party Master –Fun Idle Game is an enjoyable game with graphics that are visually pleasing. The music featured in the game is pretty decent as well but it might not be the best for a game that focuses so closely on the dancing theme. There are a lot of pop-up advertisements in the game that rob the game of its entertaining essence but you can purchase a non-ad version as well.

Why do we recommend Party Masters – Fun Idle Game?

What can be improved in Party Masters – Fun Idle Game? 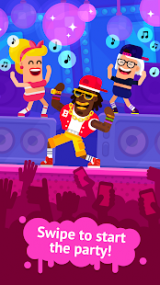 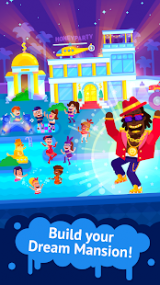 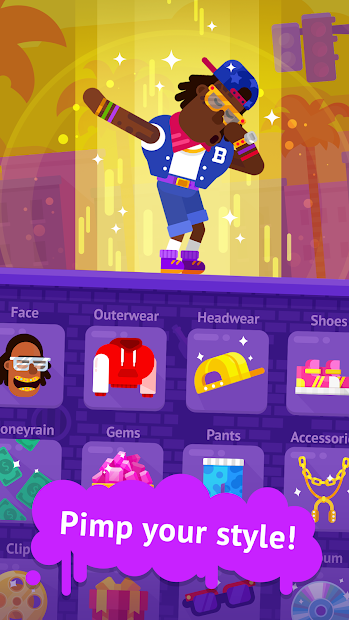 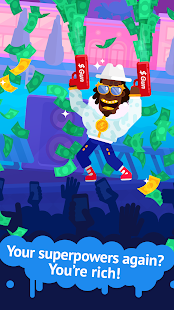