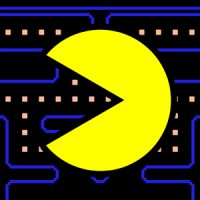 Bandai Namco takes the classic retro addictive arcade game and turns into a hit app for mobile phones: Pac-Man. Back in the old days when arcades used to be a thing, Pac-Man was the game every cool kid in the block spent their coins at. This app mimics the original gameplay quite perfectly and brings back good old memories especially to those who had been around to see the rise of the arcade era. Thus, Pac-Man makes a lovely game for children as well as adults. This app has over 100 million downloads in the Google Play Store alone and over 4-star ratings on both the Google Play Store and iTunes.

Pac-Man for mobile has been reinvented with the objective of keeping the same feel of the classic game alive. As with the original arcade game, Pac-Man is a rounded yellow circle that gobbles up everything in its path. Players must guide Pac-Man through mazes to eat all the pac-dots on the map and the fruits while avoiding the ghosts. There’s also the power up you can eat which makes Pac-Man blue in color and capable of eating ghosts as well for a certain period of time. In short, Bandai has kept faithful to the original Pac-Man game with little to no changes – a perfect treat for those looking to take a walk through memory lane.

In fact the graphics of this game are highly reminiscent of the original arcade game as well. With pixel perfect 8-bit arcade action, players will be projected to a mobile game that is both classic in its gaming format and visually as well.

Of course the developers have spiced things up in their app to make it a continuous source of entertainment. Although the graphics and gameplay deviate little from the original Pac-Man game, there are a bunch of new features in the mobile app to keep the player’s interest. For starters, the game offers tons of unique and new mazes to choose from. These mazes can be really challenging and complex but still retain the timeless design.

In the Pac-Man mobile game, players can also embark on missions and take part in tournaments. The game features daily missions for players and upon completing them you get showered with a lot of token rewards. These missions can be just about anything from eating 20 ghosts to earning 1000 points in a certain level. New missions are updated on an everyday basis.

Tournament participation is also an innovative feature to make this mobile game more diverse and competitive. Players can take part in tournaments to earn more tokens. The tournaments come with three different difficulty levels that you can choose from. Scoring high in the tournaments lands you a place in the leaderboard charts that are displayed inside the game.

Tokens that are earned from completing missions or winning tournament rounds can then be used to unlock new levels and mazes and earn more attempts at the tournament rounds. You can also earn free daily rewards if you keep playing the game every day. Pac-Man also lets you connect with your friends but this is an entirely optional feature. Through the Game Center social network, players can show off their scores with their friends and share their high scores through their social media accounts.

The game does well in copying the original arcade masterpiece that we all loved but recently many players have been complaining of less original content and deviation from the classic Pac-Man in the latest updates of the game. The tournament mode especially is notorious with a lot of glitches and slow loading process as well.

Why do we recommend Pac-Man?

What can be improved in Pac-Man? 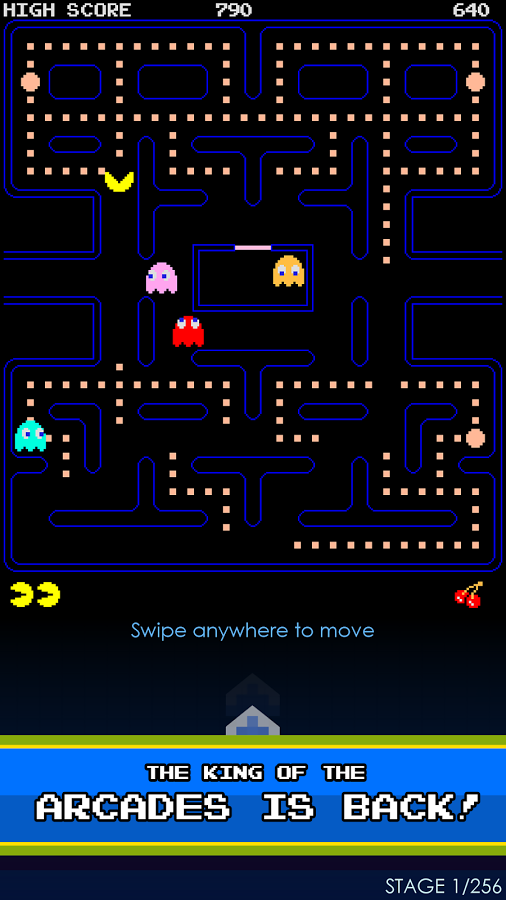 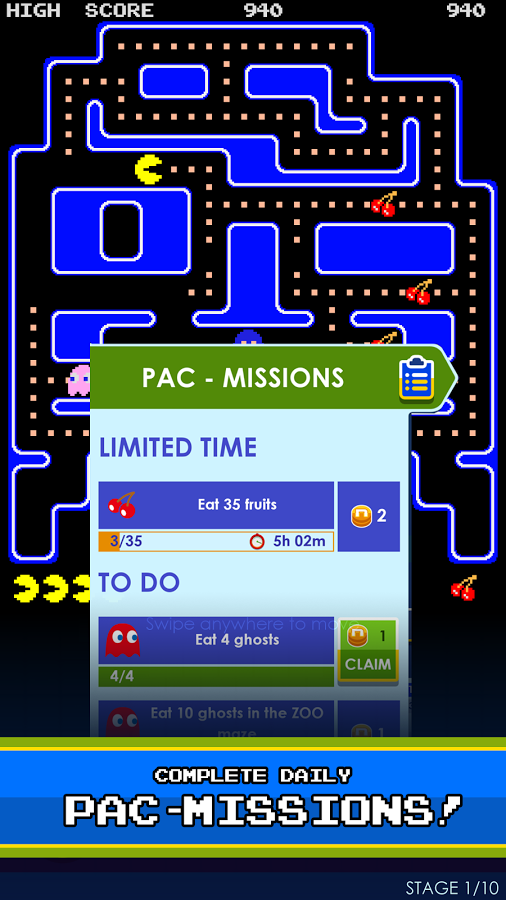 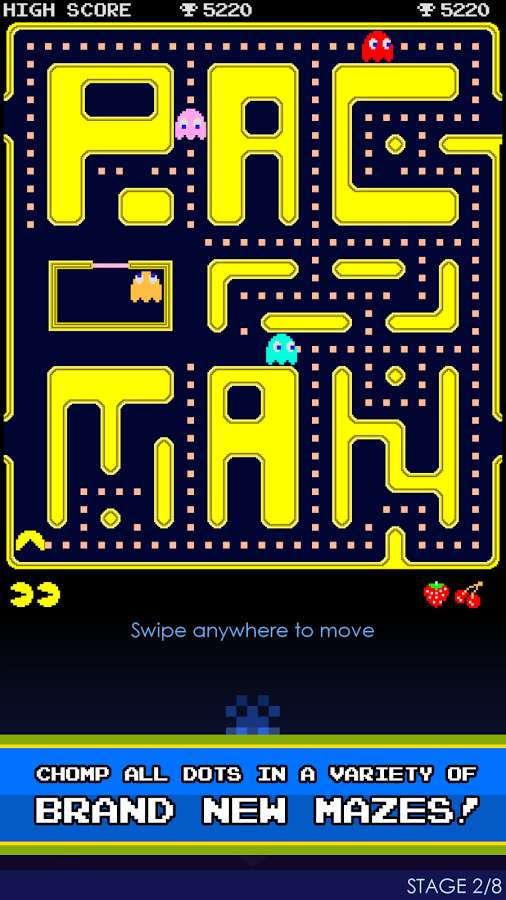 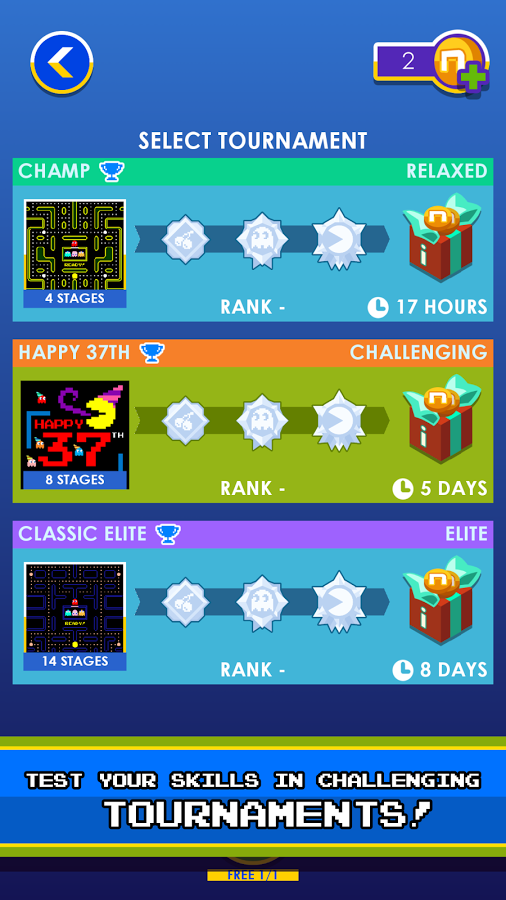 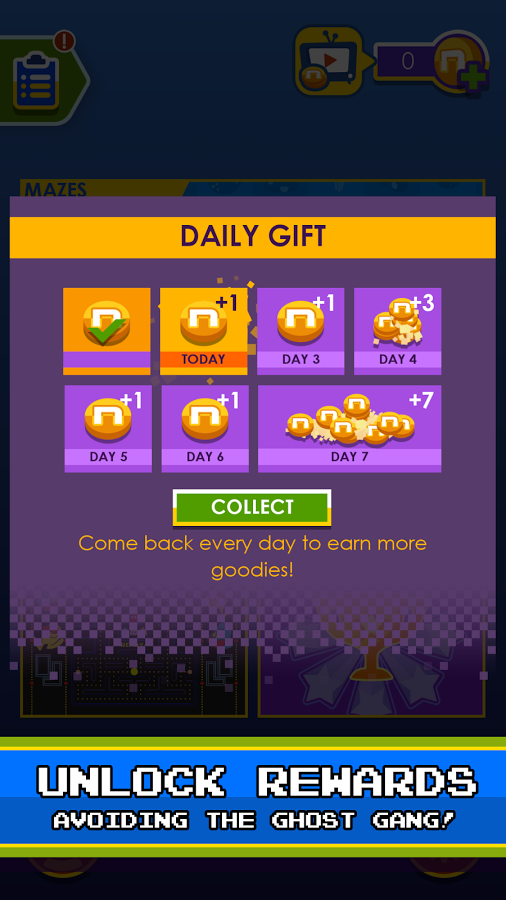