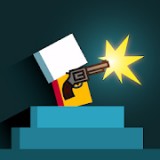 Mr Gun is an arcade 2D game in which the player will control a block character armed with a gun, the main goal of the game is to face against other block shaped characters with guns and defeat them before they can do it with us.

The mechanic of Mr Gun is simple, when the user taps on the screen our character will shoot. If the enemy is hit it will be defeated and the player will keep advancing ascending through the stairs. But if the player misses its target or the enemy shot first, it will be game over. Each level will have a number of enemies, which will die in one hit, and a boss whose life will higher than the regular minions and several shots are required to terminated him.

The graphics of the game are plain simple, minimalist scenarios and block characters. The scenarios are quite similar among themselves with small variations and different color palette. The music in the game is designed to provide exciting and thrilling battles to the player.

The game is free to play, however as it common in this type of games ads are included. Game items can be bought using real time money, these items can be guns or clothes for your character.

Mr Gun is a fun arcade game, it provides a simple yet addictive game play. With minimal graphics so the player can focus into aim and shoot. Defeat toughest enemies and receive money to get new weapons and upgrade them. Mr Gun is perfect game for playing during those short beaks of the day. 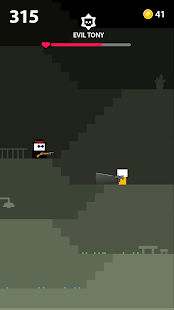 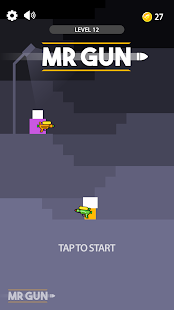 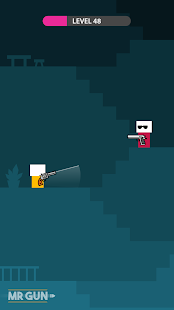 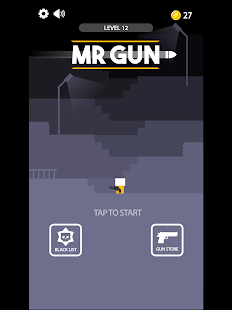