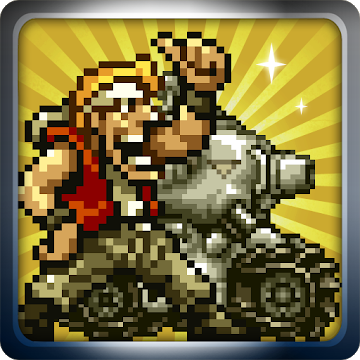 Metal Slug Attack is the sequel to the highly acclaimed Metal Slug Defense from SNK Corporation’s strategy Metal Slug series. There has been a lot of ongoing debate as to whether Metal Slug Attack makes the same impression on us as its predecessor did. Let’s break down all the details here.

Metal Slug Attack has a large player base with over 8 million downloads. It’s free to play and available to download on the Google Play Store and the Apple iTunes Store. Metal Slug Attack does have a lot of in-app purchases as we would expect from any free strategy game but none that require you to excel. They only help players to accelerate through the several stages of the game.

The app is cleverly designed with innovative graphics and an immersive gameplay. The controls of Metal Slug Attack are simple and easy. There’s really no trouble trying to understand how to move around in the game but if you do find it complicated, you could always tune into the tutorial. Metal Slug Attack has the same familiar 2D dot pixel characters with 3D sceneries and landscape art. Characters move into battle smoothly and the battles are don’t lag or freeze at any point. The character design and art closely resembles something that’s come out of a manga or an anime.

Metal Slug Attack hosts a plethora of missions and multiple gaming modes. From POW RESCURE, COMBAT SCHOOL to TREASURE HUNT, the different gaming modes in Metal Slug Attack offer variety and diversity in the game. What’s more this new edition to the series has a huge list of missions that clearly outnumber the missions featured in Metal Slug Defense. The main Attack mode is where most of the fighting, tower defense and strategy happens. It’s considered the campaign mode for the game.

Characters and units in Metal Slug Attack have also been refined and tuned up a notch with new and improved customization options. Players can collect items and rewards through their battles and use these items to customize and upgrade their units. Units can not only be improved appearance-wise but their skills and abilities can also be made stronger through these upgrades. These upgrades and customization options are crucial to produce an indestructible force and to claim victory in the later stages of the game.

Although the main gaming modes of Metal Slug Attack are largely singular player based, you can play in real time with four other players simultaneously. You can also participate in worldwide battles and challenge players across the globe. This mode is played in decks of 6 in asynchronous battles. The best players get rewarded the most naturally and earn a spot in the leaderboard charts.

What’s more there are special multiplayer missions like the Guild Raid and Special Ops where players can take on missions together. Communication is made possible through an in-game chat or mailing facility.

Metal Slug Attack has often been compared to its predecessor and while there are some areas that were clearly more fun and well developed in Metal Slug Defense than they are in Metal Slug Attack, this new game definitely has a lot of potential minus the constant ad problem of course!

Why do we recommend Metal Slug Attack?

What can be improved in Metal Slug Attack?

Metal Slug Attack is one of the top apps in the Action app category, which belongs to SNK CORPORATION. It's last update was on March 11, 2019 and it has been already downloaded 5,000,000+ times. On the app store it has now 118,967 reviews. After you get to Metal Slug Attack page on the app store, click install & enjoy it. 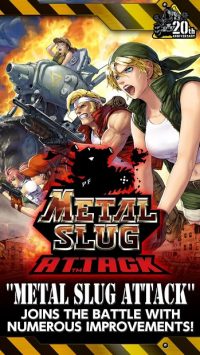 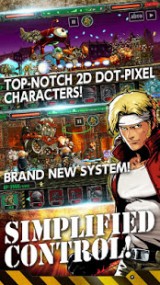 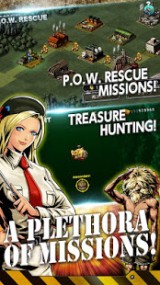 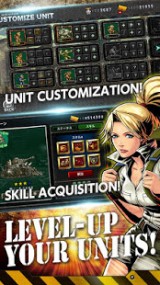