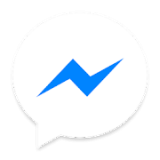 Facebook’s messenger service is one of the most used texting platforms online but like its parent, it can be seriously draining for your device. Messenger Lite is an app that performs most of the elementary functions of the Messenger app without utilizing too much data, keeping memory to a minimum and taking up less disk space on your phone. It’s an excellent alternative for those that have a lack of memory on their phone or have issues with the main Messenger app bogging their entire device down. Messenger Lite can be downloaded from the Google Play Store and Apple’s iTune Store for free.

Messenger is a platform that supplies all the basic communication features to help you keep in touch with your friends and family. For some users it’s the first choice in texting applications even more so than WhatsApp or Skype. On the Messenger app, you can not only send messages but you can also share pictures, make free online calls and video chat with your Facebook friends. But the biggest downside is that the app is quite large in size. It takes up a significant amount of space on your phone with new updates adding more to the disk space. The updates are quite frequent as well. Plus there’s no way to restrict the amount of data used in the Messenger app either.

Lucky for us, the Messenger Lite exists. This abbreviated version of Messenger provides all of the basic functions of its parent application but does this in a limited data usage and a limited memory and disk space. It’s a great substitute for those who have low performance devices or need to save some memory space on their phones.

On Messenger Lite you can pretty much communicate in all the ways you can in Messenger. Of course this comes with a few limitations but it’s good enough to act as an abbreviated replacement. Because Messenger Lite is smaller in size (only 10MB!) and uses a limited amount of mobile data, it’s naturally much faster than the main Messenger application. Using the Messenger Lite is pretty simple and practically identical to the parent app as well.

Users on Messenger Lite can send free messages online, share photos, videos and links to their friends on Facebook. They can also make free calls through the app and use the video chat feature to stay in touch with their friends. Because this app is much lighter it does have some performance issues especially when it comes to video chats. You may not be able to experience the same high quality video chatting as you would on the main Messenger app. Nonetheless, Messenger Lite lets you do it so it’s good enough. You can also create group chats on the Messenger Lite app the same way you would on the parent Messenger application.

Messenger Lite installs quickly and saves a lot of data. You won’t have to worry about your monthly mobile data package running out fast with Messenger Lite. This app restricts data usage in various ways thus making it much more data-saving than the actual Messenger app. It can also work with weak internet connections so you can use it to stay in touch just about anywhere even in places where the signals all low.

Messenger Lite takes on a much simpler look than the main Messenger app. This toned down version of Facebook’s chatting application has mixed reviews from users. Despite being advertised as exceptionally fast and lighter than the original app, not everyone will agree. There has been feedback that has pointed out how the two apps are exactly identical and take up the same amount of space. We, however, would disagree. Although there isn’t a lot of difference per se, Messenger Lite is definitely much faster than the original Messenger application.

Messenger Lite is one of the top apps in the social app category, which belongs to Facebook. It's last update was on 15 November 2018 and it has been already downloaded 100,000,000+ times. On the app store it has now 1,983,304 reviews. After you get to Messenger Lite page on the app store, click install & enjoy it. 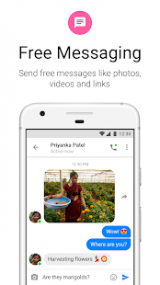 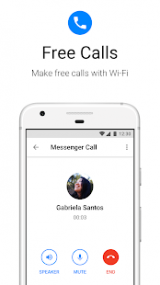 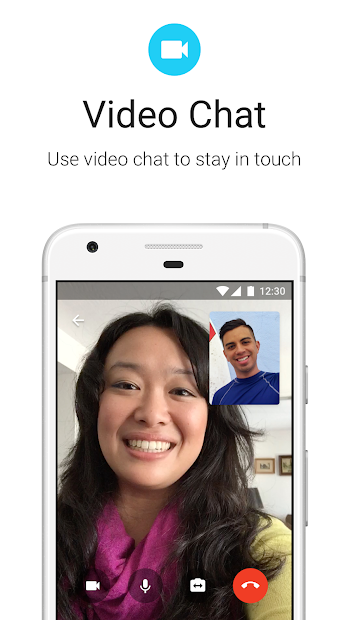 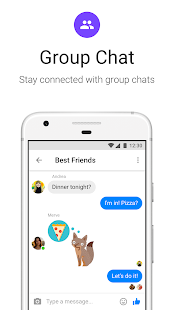