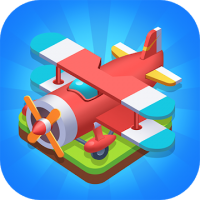 Idle games have a certain appeal to them probably because you literally require nothing but a few taps on the screen here and there to pass your time. This genre might not be everyone’s cup of tea but it still has a good percentage of fan considering the number of downloads games like Merge Plane have on both the iTunes store and the Google Play Store. Merge Plane is a clicker idle game done right and while it doesn’t require any skill or strategy, it does help you pass your time in a pretty fun manner.

True to its name, Merge Plane is all about merging different airplanes and constructing newer, bigger varieties. That’s pretty much all to the game and the fun is in collecting more and more airplanes to your collection. Bigger, better airplanes help you earn more money and this in turn lets you merge more planes together. The only controls in Merge Plane are swiping planes together to merge them. No special effects, no action – the planes just merge to an entirely new entity altogether.

What people love about Merge Plane is the simplistic concept of the app. Although some people have criticized it for being too simple and just like a screensaver, others have spent a fair share of their idle time merging planes away.

We’ve got to give it to the developers for creating a game with such popping colors and appealing graphics to keep us hooked on it. In the beginning you may be tempted to earn more and more in-game currency by merging planes together. In fact, you might spend hours doing it. But soon you might find yourself at a blockade. Merge Planes gets more and more difficult in terms of currency collection when you play it too often. You’ll often find yourself broke after you’ve spend too much in-game currency buying new and more expensive games to merge but there’s a silver lining to it. The app runs and keeps on increasing your score even when you’re offline and not playing. So when you return to the game after a day, you might be able to afford that plane that you couldn’t afford yesterday.

Merge Planes is a game that is meant to be played for a few minutes because not only does the merging get monotonous but the price to buy new planes becomes an impossible purchase. When you start out your Merge Plane experience, however, you might be able to spend more than just a few minutes in the game.

Merge Planes is a free to play and download game and that means it comes with the uninvited baggage of ads. The app does tend to get exceptionally greedy when promoting its in-app purchases and playing promotional ads. Apart from banner ads, a small video ad pops up after every few times that you have merged the planes. This can be extremely annoying especially for new players who are spending a lot of time in the game. For players who depend on the offline rewards, the ad problem might not be too frustrating.

Why do we recommend Merge Plan – Best Idle Game?

What can be improved in Merge Plane – Best Idle Game?

Merge Plane - Click & Idle Tycoon is one of the top apps in the simulation app category, which belongs to Merger Games. It's last update was on 18 November 2018 and it has been already downloaded 10,000,000+ times. On the app store it has now 1,199,259 reviews. After you get to Merge Plane - Click & Idle Tycoon page on the app store, click install & enjoy it. 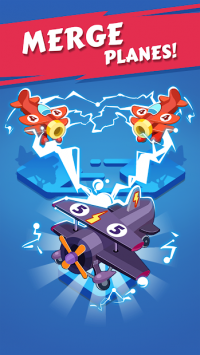 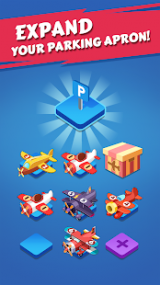 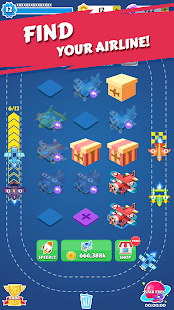