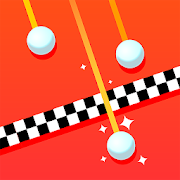 MarbleTrax is a non-stop thrill ride of racing against marbles in a course full of obstacles and mazes. This free to download racing game is available to download from the Google Play Store and the Apple iTunes Store. There are some ads that run throughout the course of the game after every few races have been completed. They aren’t particularly intrusive but you can turn them off by purchasing the paid version of MarbleTrax.

From the moment you download and run this game you start racing against dozens of other marbles in different colors. The marble you control has a small triangle on top of it and your goal is to make it to the end of this maze before the rest of the marbles. All of the marbles are controlled by the computer and there is no multiplayer support in the game. Physics plays an integral part in how the marbles fall and race but there is little you can do to control the actual movement of the marble.

With that said, you can’t actually move the marble left or right or in any direction at all. There’s no use tilting your phone to make your marble move in the desired direction either. The only controls that you do have in this race of marbles are the power up. These few set of power ups are shown at the bottom of the screen. In total, there are four that you can use – Dash, Slime, Fever and Freeze. You can’t use these power ups all the time though. There’s a certain cost value that you need to reach in order to recharge these power ups.

Your objective in MarbleTrax is to make it to the finish line before all other marbles. This however isn’t always possible and only seldom will you be able to win the 1st place. Every time you make it to the end you earn money in the game and this money or score point lets you advance further into the game and gives you a higher league ranking.

The difficulty level of MarbleTrax increases steadily with each level. You might eventually find yourself placing in the bottom ten after a few levels. There’s a lot of luck and correct timing that ultimately determines your success in the game. There’s also a certain amount of strategy required to figure out what power to use and when to help you take the lead.

Other bonus options include changing the color of your marble and using more than one marble in the game.

MarbleTrax has an addictive gameplay and an interesting concept but it isn’t delivered in the best of ways. For starters, beginners will be utterly confused as to what to do in the game since there are no tutorials and the race begins immediately. There is also a lack of sound and background music and the screen of the game always seems a little too cluttered.

Why do we recommend MarbleTrax?

MarbleTrax is one of the top apps in the Casual app category, which belongs to Madbox. It's last update was on April 9, 2019 and it has been already downloaded 100,000+ times. On the app store it has now 711 reviews. After you get to MarbleTrax page on the app store, click install & enjoy it. 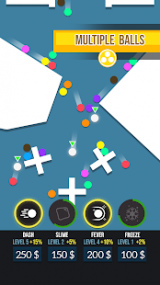 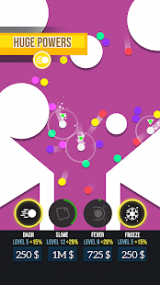 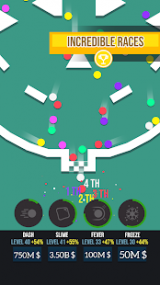 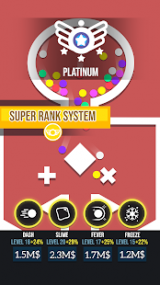