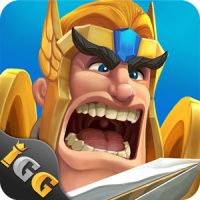 Delve into a mythical world of superpowers, weapons and heroes in Lords Mobile. Developer IGG is known for creating solid real-time strategy MMOs for smartphones and Lord Mobile did not disappoint. Although the core of this game is pretty generic, it does a decent job at upholding its ranking in the MMO category.

Lords Mobile does not feature a story or a plot as such and instead just lets players battle out each other and expand their base in the huge online multiplayer arena. This game revolves around heroes with epic skills and unique abilities, powerful structures and buildings, exotic creatures, weapon enhancement features and an RPG-like gameplay.

Embark on a journey with your group of heroes and take part in PvP battles. These battles are fought to win powerful bases in every kingdom featured in the game. Winning the battles allows you to take control of your enemy’s headquarter and expand your throne. Ultimately it is a battle royale and a fight for the throne.

As with most other MMOs, players can also make allies in the game to aid them in their conquering journey. What’s more, you can join a guild or a clan with your allies or other players to work together as a team and top the leaderboards.

Lords Mobile offers a variety of features to make the game more exciting. Some of which are animated battles, the ability to switch your kingdoms and the ability to summon powerful monsters to make them Familiar. These monsters can then be trained to fight on your side and actually make really strong troops in battle.

Base building is an important part in the game. In order to build an indestructible headquarters, you need to upgrade the structures in your empire. These upgrades can take place if you have the required amount and type of resources.

Apart from the main story mode where players have to conquer enemy lands and raid foreign kingdoms, there’s an even more popular mode in the game: the hero mode. In this particular mode, heroes can be taken into battles in groups and they can take up side quests. The battles themselves are pleasing to the eye and need a strategic mind to win. The more battles you win, the stronger your hero will grow and the more skills that you will unlock.

Lords Mobile is an engaging MMO with good graphics and a smooth UI. It might have graphic designs as refined as Legacy of Discord or Lineage 2: Revolution, but it still does a pretty decent job for an MMO game for mobile users. The game is free to download and play but there are in-app purchases offered in the game to speed you along your objective.

Why do we recommend Lords Mobile?

What can be improved in Lords Mobile? 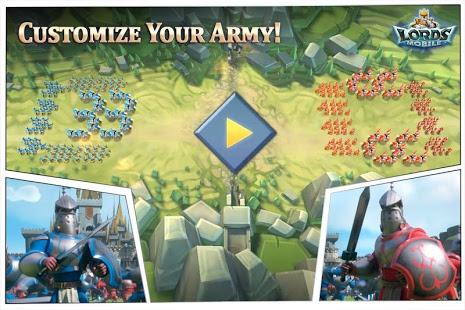 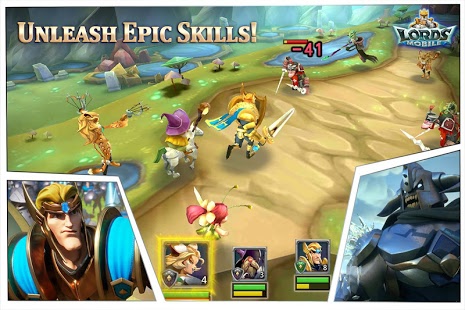 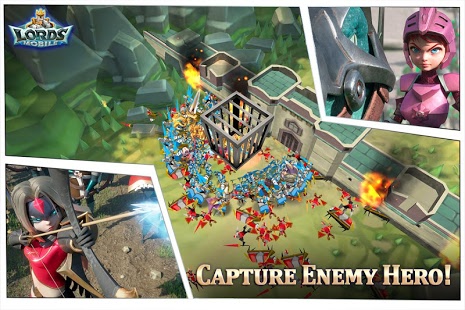 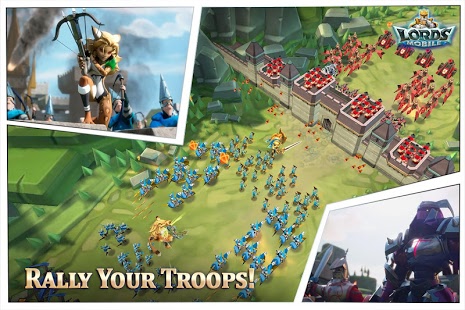 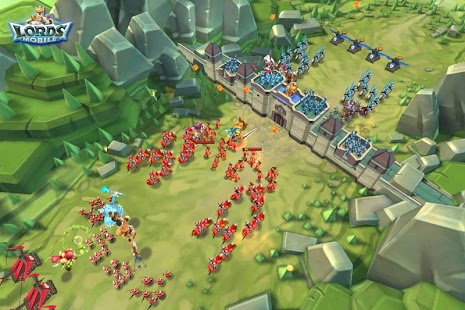