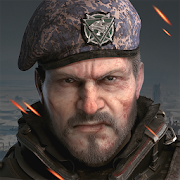 The app stores in our smartphones are no strangers to strategy and war-based games; in fact, this particular genre probably makes one of the biggest, if not the biggest, category. Last Shelter: Survival is yet another one of those names that you will frequently find in this very same category. It’s not one of the most famous games, we’ll admit but it does have a substantial amount of fan following. It’s a free to play game for iOS and Android users and it offers a lot of perks to those who spend actual money on it.

Last Shelter: Survival is a strategy game that follows the theme of war and battle. In this game, you’re given the role of a leader of a small settlement in a world that is undergoing a very impossible yet familiar crisis – a zombie apocalypse. To regain the strength for mankind, it’s your job to wage a full on world-wide war on the living dead and recapture the territory that belongs to you. Last Shelter: Survival is a massive online multiplayer game that encourages you to communicate with other players around the world and formulate battle strategies to take down your opponents.

There is a florid of features associated with the theme of the game and they all collectively make Last Shelter: Survival a wholesome experience. The battles in the game are all in real-time and they are super realistic. To fight against a foe, you can adopt different battle strategies that include shooting them down from a distance or a close face-to-face battle.

Last Shelter: Survival also boasts intricate maps and an engaging universe within it. The map of the world in this game is extensive and supports a world-wide war. There are a lot of options when it comes to recruiting units for your army as well. Troops come with different special skills and weaknesses and it’s up to you to devise a powerful army that makes the perfect balance for the war that’s ahead.

You can also recruit several heroes with ultra powers and abilities to further the rank of your army. Amongst the troops that you can choose to add include fighters on foot, gunmen and advanced vehicles. It’s safe to say that Last Shelter: Survival is a modern war game that opposes the generic medieval themed war games. Technology reigns supreme in the world of this strategy game.

Base building is another critical aspect of Last Shelter: Survival. Just like most other war and strategy games, you can build your base better, grow your settlement, research on new technologies and train your troops to become unbeatable. All of this happens at a much slower pace than you would expect but it adds to the charm of this game. Needless to say, base building is one of the most important elements of Last Shelter: Survival.

And let’s not forget the massive multiplayer arena that this app hosts. The fun in playing Last Shelter: Survival has a lot to do with interacting with other players through the in-game chat feature and forming powerful alliances. Allies are required to succeed further into the game and without powerful and loyal ones you won’t be progressing too far in.

Last Shelter: Survival is definitely a piece of eye candy as well with its gorgeous, hyper realistic three dimensional graphics. The gameplay and features are also excellent. But there are certain issues attached to the game. For starters, the updates of this app often result in spontaneous changes in the game with new rules and different features that can sometimes come off as a surprise and totally shatter your momentum. There’s also the problem with the app constantly tempting you into some hefty in-app purchases. Paid players definitely have the upper hand.

Why do we recommend Last Shelter: Survival?

What can be improved in Last Shelter: Survival?