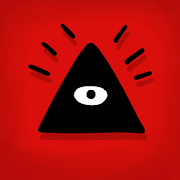 Isoland is an impressive puzzle game that really makes you think. This intellectual mind-boggling puzzle game is beautifully designed and has two editions in its series. Isoland can be bought from the Google Play Store or the Apple Store.

Isoland is backed up with a small storyline that sets the mood of the game. In this game, you play as a researcher who’s been asked by a friend to help them in investigating the mysterious island. You travel all the way to the island in a short cut scene but only after you land, you realize that you’re possibly trapped on the island. Now it’s your job to investigate the island and to find your way out of it.

To move around the map you need to solve different puzzles. Interspersed on the island map are several doors that you have to open. But instead of the conventional way of using the doorknob, you must solve a bunch of puzzles to make your way through. These puzzles can be anywhere from really basic and elementary level to hardcore and challenging. For lovers of the puzzle genre, Isoland is definitely a treat; for those who aren’t seasoned to unraveling challenging puzzles, Isoland may just be a frustrating venture.

The puzzles featured in this game aren’t straight up math or general knowledge. They are scenario based puzzles and they remind us of the gaming format featured in our favorite Professor Layton series. The puzzles can often become a roadblock in your progress in the game as well. To get through a tight spot, you can make use of partial clues that you can receive after watching a short advertisement clip. Alternatively, you can also make some additional in-app purchases to smoothen your way into the game.

Sometimes to solve a tricky puzzle you might need to do some pretty random actions such as poking a plant three times or so. These hidden tricks can often be difficult to guess and so make Isoland an incredibly frustrating game at times especially for those who aren’t too patient with games.

The art in Isoland, as mentioned before, projects you back into time and takes on a dark, gritty mood. Some critics have likened it to a game out of Adam’s Family while others have related it to Tim Burton’s art.

The map of the island in this game is also pretty extensive and there are tons of puzzles that you can play and solve. You can also explore different buildings on the island as you make your way about it.

Isoland is one of the top apps in the Puzzle app category, which belongs to CottonGame. It's last update was on June 15, 2018 and it has been already downloaded 10,000+ times. On the app store it has now 772 reviews. After you get to Isoland page on the app store, click install & enjoy it. 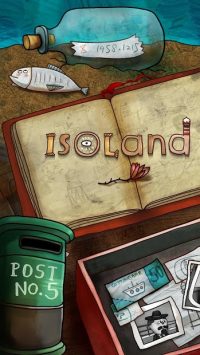 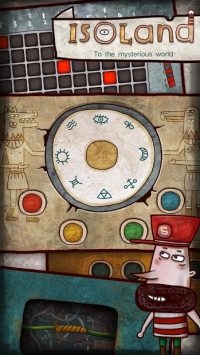 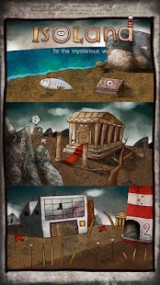 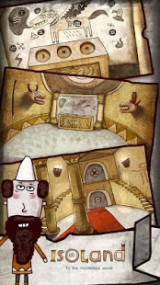