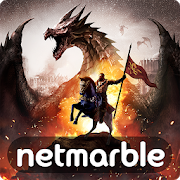 Epic strategy warfare games are too many to count now on the app stores but not every app makes it to the Editor’s Choice list. Iron Throne is a Google Editor’s Choice game that reinstates the themes of war, strategy and epic multiplayer themes all in one. With some spectacular graphics to piece everything together, Iron Throne is one of the best of the best strategy games ever created for smartphones. The best part is that it’s completely free to download. You can get Iron Throne on the Google Play Store and the Apple iTunes Store. Be wary of the in-app purchases though because they are not only a lot in number but they are also a lot in cost!

There’s nothing new about the actual plot and story line of Iron Throne. It’s the same old tale of you as a king trying to capture as much territory in the world as you can. To do this you must build castles and your base, raise formidable armies and lead your troops to battle. All of this must be done intelligently for this game relies heavily on tact and strategy. You can’t just mindlessly stampede into enemy grounds with your army no matter how powerful you think you might be; Iron Throne is a strategy war game that truly tests how well you can plan and carry out your battles.

The graphics for Iron Throne are simply outstanding. Not every game can project the same visual appeal as this game and that’s saying something. Hundreds of feedback reviews for Iron Throne focus on how good the graphics of this game are and the size of the app pretty much reflects that. You’ll need to make some room on your device for this one! The high resolution, 3D graphics backed up with stunning sound effects and music provide an unforgettable experience.

Iron Throne offers a lot of customization and you can build your own epic campaign story in the game, invite your friends to play with you or challenge players across the world in the massive online multiplayer arena of Iron Throne.

The battles in Iron Throne are in in real-time and superbly designed. The battles are engaging and offer a lot of tactical and strategic opportunities. You can choose which troop to lead the attack and how to make your battle formation to take down your enemies. There is a long list of troops to recruit and add in your army and the base building options are plenty as well.

The game features four modes in total. These include the Battle Royale, the Team Death match, Dimensional Battle and the Town Mode. In the Battle Royale mode, you’re on your own and your ultimate goal is to be the last army standing without losing your troops or units. The Team Death Match is also a pretty intense mode where you get to play in teams, make cooperative alliances and battle it out on the field. The Dimensional Battle is a lot like the Iron Throne’s story mode where you can discover the history and actual plot behind the game. Finally, the Town Mode is where you can unleash your inner detective and take on mysterious quests with your castle’s townsfolk.

Iron Throne is an impressive strategy-based MMO game but it does have some very expensive in-app purchases that can quickly become alluring.

Why do we recommend Iron Throne?

Iron Throne is one of the top apps in the Strategy app category, which belongs to Netmarble. It's last update was on March 28, 2019 and it has been already downloaded 1,000,000+ times. On the app store it has now 41,537 reviews. After you get to Iron Throne page on the app store, click install & enjoy it.