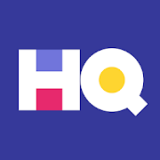 Trivia games have always been and exciting and thrilling form of educational entertainment for many but HQ is redefining the word fun in this app completely. HQ combines live TV in the app and gives you the opportunity to win actual money (and that too a pretty handsome sum). It’s legit and people have managed to win the cash prize. There’s a lot more in the app so keep reading. HQ is a free to download application on the Google Play Store and Apple’s Store. It does come with its baggage of ads however.

HQ is your everyday trivia application on some fronts but also completely distinct and unique on others. The gist of the game is a TV host that asks questions to you. When you answer correctly you move on to the next round; if you’re wrong then you’re out of the pool for winning the cash prize. You get only a few chances or lives so one wrong answer can completely thwart your dreams of becoming rich via this app.

Another vital part of this trivia game is that it’s played live. This means that other players and users on the platform are playing at the same time as you. You can also chat and leave comments on the main game screen. You can also invite friends to join in the fun. When you invite friends you can get a special code to unlock more lives and better your chances at moving forward to the finish line.

The catch is that you have to keep up with the live shows. One good way to keep you reminded of the live game show is by enabling the push notifications in the app that remind you of an upcoming or ongoing live show.

The question bank in HQ ranges anywhere from easy to extremely hard. There are also no categories in the actual questions so can get anything asked from geography to tech. Only someone with sharp sense of general knowledge can make it far in the game because the questions asked in HQ aren’t so simple.

Another special feature of HQ is that it sometimes invites guest celebrities to host the live game show. Some of these include big names like Dwayne Johnson, Alicia Silverstone, Gordon Ramsay and more.

If you do happen to win the cash prize which is a pretty incredible feat, you get the chance to be featured in The New York Times, ABC, The Today Show and more platforms. HQ, therefore, provides a good platform to not only make money through your general knowledge and trivia wits but also helps provide exposure to you.

This marriage of a trivia app with an actual live game show is one of a kind and has garnered quite the popularity since it first came out. However recently the star rating of this app has been suffering and going downhill. One of the reasons for its decline is that the app is said to suffer from a lot of glitches and some features simply don’t work. Although this might not be the case for everyone but it is a major complaint for many.

Users have also complained that the question bank is too difficult for international users that might not be in the know with news and knowledge of the US. So much so, one user has claimed HQ to be more of a US trivia than a general knowledge one.

Although the feedback isn’t perfect for HQ, it still is a pretty cool concept and one that will hold its ground for a good few years. Do give it a shot if you love a good trivia game and wouldn’t mind getting a cash prize in return! 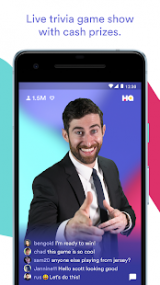 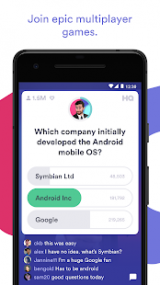 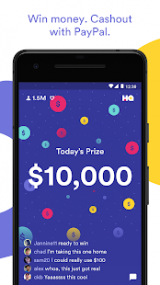 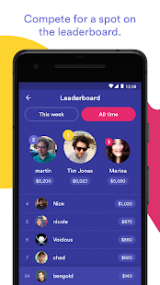