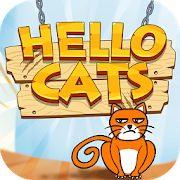 Hello Cats is a physics-based puzzle game that incorporates the theme of felines and providing them with a shelter. This puzzle game is a tuned down version of Happy Glass and the likes with a target audience that is considerably younger. Hello Cats is a free to download and play game. You can download this app from the Google Play Store and the Apple iTunes Store. There are a lot of advertisements in the app but they can be mitigated by purchasing the paid version of the app and investing in the many in-app purchases.

Hello Cats features a mild storyline where you’re tasked to collect naughty cats that have found themselves in sticky situations and provide them with a shelter. Players can collect and merge cats to unlock new achievements and levels in the game and eventually help in building a royal palace for the cats. The cats featured in Hello Cats have a way of hiding and getting into trouble. The only way to save them is by solving the physics-based puzzles in the game.

Players have to use their physics-oriented minds to devise the best possible solution to clear each level. Every puzzle or level in Hello Cats has its own set of objectives; the end-target being saving the cat in danger and collecting it. Players can draw shapes, stretch lines, and do a lot more in the game to construct a contraption or a solution to each level. Once the puzzle is cleared, a new one is unlocked and you’re showered with tons of exciting rewards.

Hello Cats offers a roster of different levels and puzzles each with their own set of perks. Some levels will feature boxes, dynamites and blocks while others will have more complex settings. The end goal, however, is identical: get the naughty cat to safety and shelter.

Hello Cats offers a great range of freedom to players with unlimited drawing capabilities. The controls are easy and simple to understand. The game is even more fun if your play it with a stylus. Tact is the key in every level and everything you draw will adhere to the inherent laws of physics. Some levels will also feature fun devices and systems to make the game even more fun and exciting.

The best part is that the developers of this app are constantly adding new updates to the game so there’s always a fresh supply of puzzles and cats to collect should you run out. This free to play physics-based puzzle game sounds like a pretty great game for people who have a love for the puzzle genre and those who love cats. But there are tons of problems that are associated with the app development and the game itself which seriously hinder its success.

For starters, there are too many ads in the game. We’re talking banner ads, video ads and every other type of advertisement you can think of. The ads can be a serious thorn to the side especially when you’re having a fun time clearing puzzle after puzzle. Every new level begins and ends with a video advertisement that you sometimes can’t even skip. The only way to get rid of them is to take out your wallet and spend some real cash on the app which really doesn’t seem worth it.

The graphics of the game aren’t that amazing either. They are over-simplified, choppy and poorly animated. Some players might like this kind of visuals but they definitely aren’t everyone’s cup of tea.

Many players have also complained that Hello Cats has no real challenge. The levels and puzzles are too easy and simple to clear. Perhaps this game is best suited for young children after all.

Why do we recommend Hello Cat?

What can be improved in Hello Cat?

Hello Cats is one of the top apps in the Puzzle app category, which belongs to Fastone Games. It's last update was on February 19, 2019 and it has been already downloaded 10,000,000+ times. On the app store it has now 213,492 reviews. After you get to Hello Cats page on the app store, click install & enjoy it. 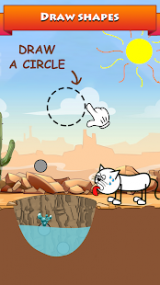 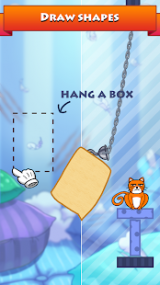 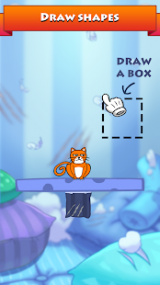 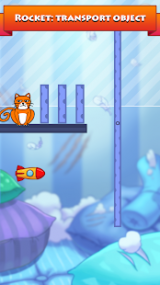