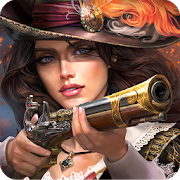 Guns of Glory is a strategy-based MMO game that doesn’t merely rely on how powerful you are in the game; you need tact and strategy to actually excel in this one. Free to download and play, this game has received a lot of positive feedback from users on both the Google Play Store and the Apple iTunes store. The graphics of Guns and Glory are equally impressive and on the whole, this strategy game is a front runner for sure.

Featuring a comprehensive real-time strategy gameplay, Guns of Glory blends in two important genres together – role playing and strategy. This online multiplayer game focuses on how you plan your attacks, how you formulate your army and how you work in teams. To back it all up, the story of Guns and Glory is simple but refined. You play as a rising lord in a kingdom that is undergoing chaos and catastrophe. In order to emerge as the powerful leader of the community, you’ll have to thwart the progress and intentions of your enemies namely the Cardinal. You’ll also need to seize the Crown of Destiny that is currently in the control of the Cardinal and you can make alliances to help accomplish this mission. You can team up with the famous three musketeers in Guns of Glory and raise powerful armies. You can also slay dangerous mythical beasts and build your own castle as a lord. What’s more, you can even raise and create powerful airships later in the game.

Although the progress of Guns of Glory is a particularly slow one unless you choose to spend on the in-app purchases, it’s still pretty fascinating and engaging. The key to becoming a powerful competitor in Guns of Glory isn’t merely power. Sure, skill and well-equipped units will help you to a certain extent but as you move further into the game, it will be your brains and strategy that will ultimately decide who the victor is.

The online multiplayer base of Guns of Glory is interactive with tons of features. Not only can you face other players across the world head on head in an RTS gameplay, you can also form alliances and make friends in the game. The chat facility of Guns of Glory makes that possible and it’s pretty well developed as well.

The options of units that you can control and include in your army are plenty as well. Not only can you customize your units and equip them with gear but you can also make airships and lead a deadly air raid on your enemies. The combat in Guns of Glory is pretty engaging as well. The gaming format is easy to understand and the controls are simple but the variety in combat and gameplay is impressive.

To back it all up, Guns of Glory boasts some amazing graphics and music. It projects you in a foreign time and setting that is somewhat reminiscent of the country side added with a lot of fantastical elements. Guns of Glory is a slowly progressive game and if you’re someone that can enjoy climbing the ladder to the top slowly, this game is for you. You can also speed up your progress in the game through spending real cash although that’s not really necessary because the in-app purchases are pretty expensive.

Why do we recommend Guns of Glory?

What can be improved in Guns of Glory?

Guns of Glory is one of the top apps in the strategy app category, which belongs to DIANDIAN INTERACTIVE HOLDING. It's last update was on 22 November 2018 and it has been already downloaded 10,000,000+ times. On the app store it has now 155,779 reviews. After you get to Guns of Glory page on the app store, click install & enjoy it. 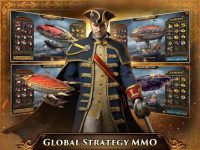