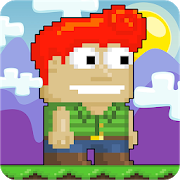 Growtopia is one of the most successful sandbox games to date and we can understand why. The amount of liberty this game offers to us is indispensible. Growtopia is a game where you can test the limits of your creativity and create a world from scratch the way you want it. Because it’s a sandbox game, the graphics are highly pixelated more so than Minecraft. They’re not bad but they might not be appealing to everyone. However, if you’re a fan of sandbox games, Growtopia will easily check all your boxes. This app has been around for years but recently its quality and content has gone downhill. We’ll discuss more about that later in this article. If you want to download Growtopia, you can get it for free from the Google Play Store and the iTunes app store.

Growtopia is true to its name and boasts a world of sandbox that is unlimited, diverse and chockfull of features. The content in Growtopia is never ending and you can use your imagination to play the game the way you want to. Categorically, Growtopia is an MMO game where every player is a hero. You can play together with different people and units in the game including wizards, stars, explorers, doctors and even superheroes. But the heart of the game lies in building and creating a world with unique items that are too many to count.

Growtopia hosts an enormous community that is pretty active and fun. You can join it, socialize and play with other users of the app from across oceans. Although the community is pretty extensive, recently it hasn’t been the best. The community in Growtopia is now receiving poor feedback with more and more unfriendly and scamming players emerging in the game. Nonetheless, there’s still no denying that this free to play sandbox MMO is a mega hit with millions of active players on board.

At the heart of the game, Growtopia is about building your own little world in the app. You can build just about anything you please from castles and dungeons to giant skyscrapers. In fact you can even make something out of your favorite movie scene. The options are limitless but you’ll need the resources in order to build them. To craft and build items, you can also trade with other players in the community.

The world in Growtopia is enormous and you can explore your world in the game solo or with friends. This is where the adventure and RPG aspect of the game is added. The ability to explore the world and create anything you want is pretty cool and gives Minecraft a run for its money.

What’s more, in Growtopia you can play a bunch of mini games. These mini games are generated by other players and you can generate one yourself. The games can be just about anything from PVP battles to ghost hunting adventures.

Growtopia is an app that’s not only available to play on mobile but also on PC. You can sync your progress on to any other device and enjoy an uninterrupted cross platform gaming experience.

All good things aside, recently the game has been receiving some pretty poor feedback that needs attention. Regular updates have been below par, the community is slowly becoming more hostile and the in-app purchases are now giving obvious advantages to players who buy them.

Growtopia is one of the top apps in the Adventure app category, which belongs to Ubisoft Entertainment. It's last update was on March 31, 2019 and it has been already downloaded 10,000,000+ times. On the app store it has now 837,751 reviews. After you get to Growtopia page on the app store, click install & enjoy it.