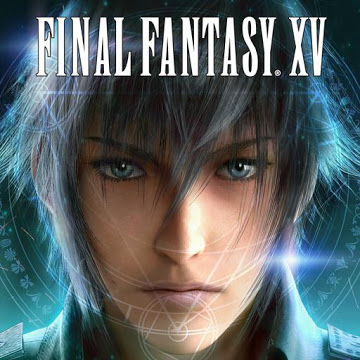 The Final Fantasy series has been creating waves in the RPG gaming category for over a decade now and we’re already expecting the 16th installment for PlayStation 4. Recently Final Fantasy 15 or XV totally blew up when it was released for the PS4; critics, diehard gamers and even YouTubers were talking about it. Because of its unparalleled success, we now have the same game on our smartphones and it’s free to download and install. Final Fantasy XV: A New Empire is available to download from both the Google Play Store and the Apple iTunes store.

It’s pretty unfair to compare a console game to a free app on your phone so we’re not going to list down the differences between the PS4 version of Final Fantasy XV and the new smartphone version. The graphics are completely different. The controls are obviously more simplified in the app. Even the storyline follows a different concept. The only thing that remains truly the same is the characters and their experiences in the game. Despite being an app for smartphones, Final Fantasy XV: A New Empire manages to make a good impression on critics and fans of the Final Fantasy series. If you’re one of them, you should be downloading this game on your phone right away.

Final Fantasy XV: A New Empire follows the story of Alexis Ren and her adventure through the realms in the game. As always, this version of Final Fantasy is also a show of magic, fantasy and battles in epic proportions. What everybody loves about a Final Fantasy game is the rich and well-executed plot; for a smartphone game, Final Fantasy XV does make a passionate effort on this part.

Players can journey with their characters through the different kingdoms in the world of Final Fantasy XV. They can collect magical resources, engage in innovative battle and play with other players across the world. RPG plays a central role in Final Fantasy XV as it does in every other Final Fantasy game. The ability to explore the entire realm and several kingdoms has a certain appeal to it that only loyal RPG fans can appreciate.

Final Fantasy XV: A New Empire features familiar characters including Alexis Ren, Noctis, Cindy and many more from the Final Fantasy XV PlayStation 4 game. You can fight alongside friends as well in the online multiplayer arena which is pretty huge to say the least. With your battle strategies and resources, you can build a large and powerful army to take down your foes in battle. Although RPG has always been the major genre of the Final Fantasy games, in this one strategy and tact also play major roles.

Players can also join or create guilds to work in teams and take on mutual enemies together in real-time action packed battles. Communication within your guild members is made possible through the chat and messaging features. Planning your next battle strategy with other members of your guild will pave the way to your eventual victory in battles.

Another aspect of Final Fantasy XV is competing for the Crystal; the player or guild that attains the Crystal can ultimately rule over the entire realm and its empire.

Final Fantasy XV: A New Empire sounds like a pretty cool game until you find yourself lagging seriously behind other players who are paying for the extra (and essential) features and benefits in the game. Although the app is free to download, you really can’t progress far or become stronger until you make some very hefty in-app purchases – we’re talking hundreds of dollars!

What’s more, the entire gaming format and the objectives aren’t always crystal clear to every players and the game doesn’t really do a stellar job at explaining how to navigate around the app either.

Why do we recommend Final Fantasy XV: A New Empire?

What can be improved in Final Fantasy XV: A New Empire?

Final Fantasy XV: A New Empire is one of the top apps in the Strategy app category, which belongs to Epic Action LLC. It's last update was on February 27, 2019 and it has been already downloaded 10,000,000+ times. On the app store it has now 527,705 reviews. After you get to Final Fantasy XV: A New Empire page on the app store, click install & enjoy it.