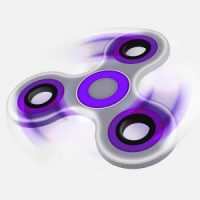 Since 2017, fidget spinners have blown up the market. There’s not a toy store in the world where you won’t find a rack of these oddly shaped, addictive spinning objects. Originally fidget spinners were created to help with stress and people who fidget too much. But it has gained much more popularity than simple stress relieving objects. In fact, now we have apps that replicate the spin and release stress idea of fidget spinners. Ketchapp’s app, simply called fidget spinner, is one such app that has gained quite a lot of popularity on the Apple Store and the Google Play Store.

The gameplay of Fidget Spinner is pretty basic in its standard mode. You get five swipes and you need to tap and spin the fidget spinner as fast as you can and as many times as you can to score points. The higher you score, the more points will be converted to coins. The coins can then be used to purchase and upgrade your fidget spinner.

The design of Ketchapp’s app is simplistic and clean making it an easy to use app with appealing graphics. The main page features a giant fidget spinner where you swipe it to score points. There’s also a tiny icon of a speedometer where you can see how fast you’re spinning the fidget spinner.

Fidget Spinner has other bonus features to offer as well: you can purchase and unlock new spinner toys with coins. You can also upgrade the properties of your fidget spinner by increasing its speed and reducing its friction – both of which require a small number of coins. Similarly you can earn one per minute when offline in a feature called ‘restless earner’ but this too has to be purchased with coins.

There is a lot of customization involved in the game. Players can change the color of their standard fidget spinner and add more accessories but these accessories need to be unlocked. The higher your level is, the more customization options you’ll get. Besides the basic fidget spinner gameplay, Ketchapp has also added some tweaks to make the game more interesting and set it apart from other games that are based on fidget spinners. These tweaks include three different challenges – Bounce, Lava and Spikes. In Bounce, you need to bounce your fidget spinner between two trampoline-like plates all the while avoiding block obstacles flying in the way. In the Spikes challenge, players need to maneuver their fidget spinner in such a way that it keeps spinning in the center and does not collide with the spikes that outline the game screen. Finally in the Lava challenge, you need to escape the rising lava by keeping your fidget spinner afloat and by moving upwards.

Bear in mind that these challenges are not that easy and require a certain amount of skill as well as a lot of focus. The challenges have a scoring system as well where the higher you score, the more rewards you will reap. Fidget Spinner also allows you to connect with friends and compete against them to see who spins the fidget spinner the best. There’s also an option of earning more coins through watching a short advertisement video as well as the option to order an original Ketchapp fidget spinner and get it delivered to your home. Ketchapp delivers worldwide so you can order just about anywhere.

As with many apps of its kind, Fidget Spinner has a lot of ads that keep popping up at odd times. This can be particularly frustrating especially when you’re too involved in the game. While in-app purchases aren’t heavily promoted nor are they very expensive, they still do exist and can be used to score higher and make your fidget spinner look better visually.

Fidget Spinner is a relaxing yet addicting app for those who love the spinning toy. If you don’t want to invest in the actual toy, perhaps you would enjoy Ketchapp’s Fidget Spinner. 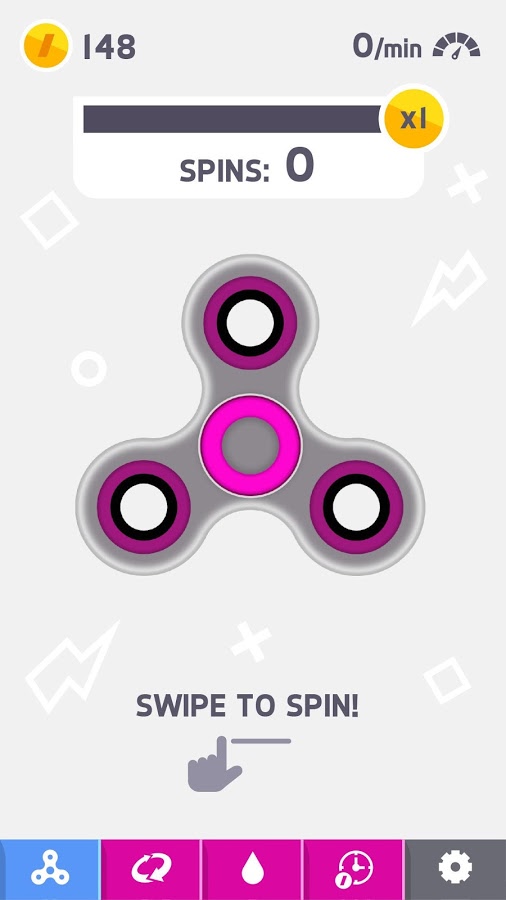 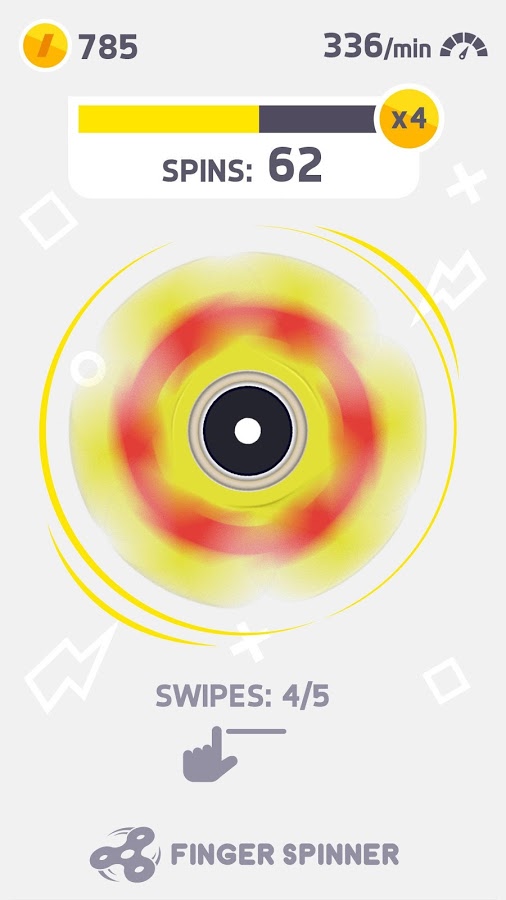 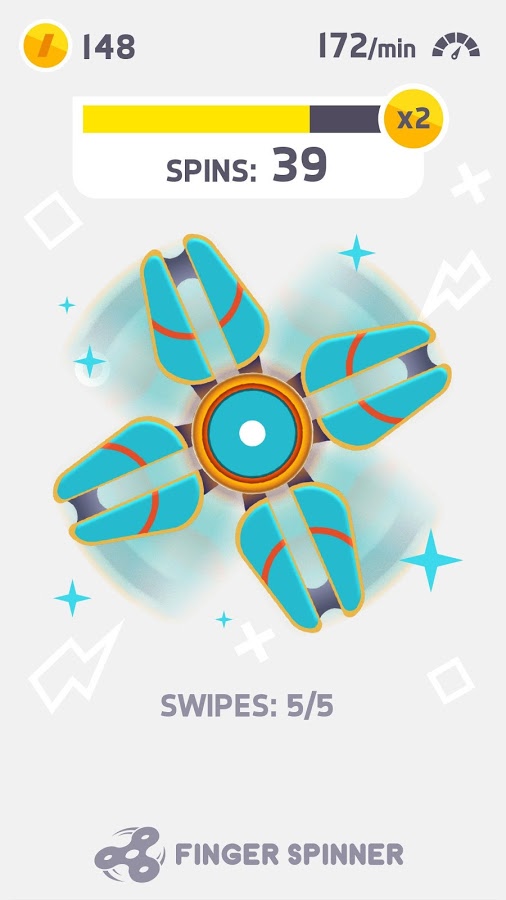 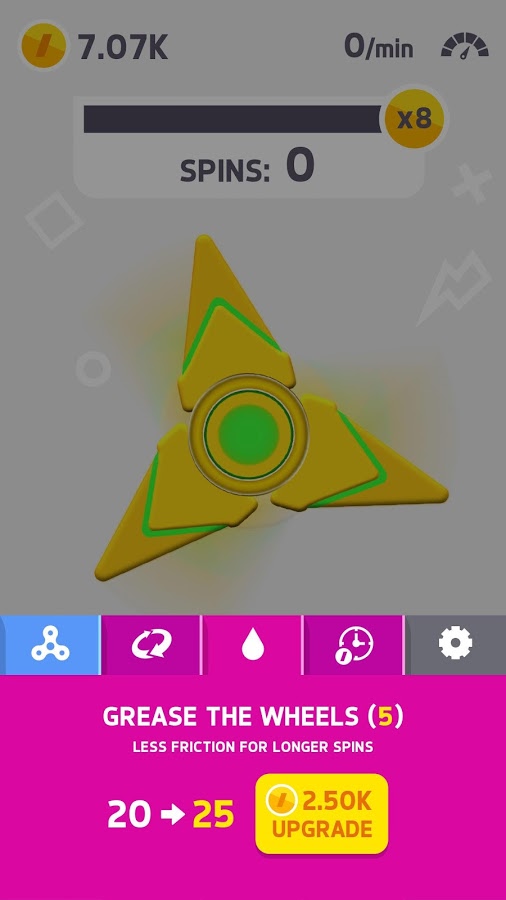 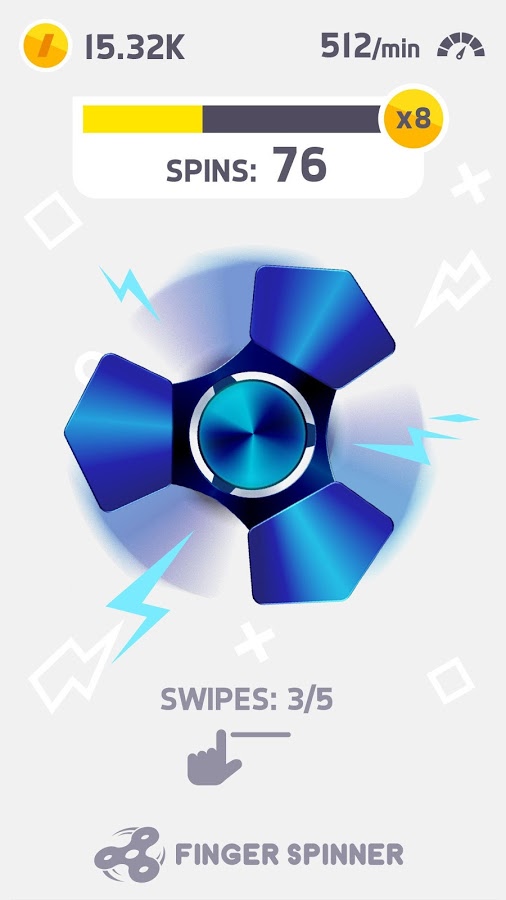